Ban on 'The Kashmir Files' lifted in UAE, film to release on April 7 after censor board approval
Advertisement 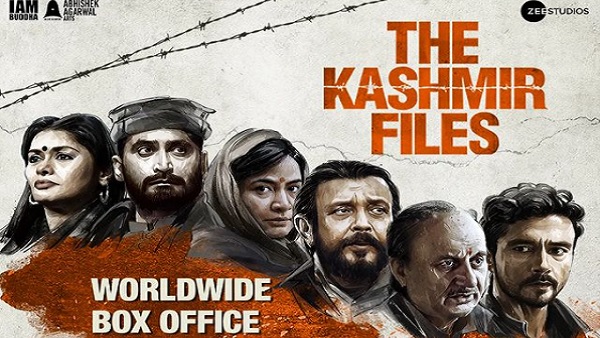 The producer of the film Vivek Agnihotri has given information about this. He tweeted, “It’s a huge win that our film has got clearance from the censor board of UAE. Rated 15+ the film will release on 7th April without any cuts. Now it’s Singapore’s turn.” Anupam Kher, who acted in the film, has also reacted to this tweet by Vivek Agnihotri. He has said, “Har Har Mahadev, finally our film will release in UAE on 7th April.”

The film was banned in these countries

Let us tell you that Vivek Agnihotri, while talking to a news channel a few days ago, told that ‘The Kashmir Files’ is banned in many countries. In this he named UAE, Singapore and Qatar. After the film’s release in UAE, approval is still awaited in Singapore and Qatar. In all these three countries it was said that we cannot show this film.

The film has earned 250 crores

Let us tell you that the film ‘The Kashmir Files’ made on Kashmiri Pandits has made a very strong collection so far at the box office. The film has so far earned up to 250 crores. There has been a lot of controversy about this film in India. The film remains a topic of discussion among political parties. At the same time, the Bollywood industry seems to be divided into two parts regarding the film.

Sher Singh Rana: Revenge for the death of 22 Thakurs by killing Phoolan Devi, the ashes of Prithviraj Chauhan brought from Afghanistan