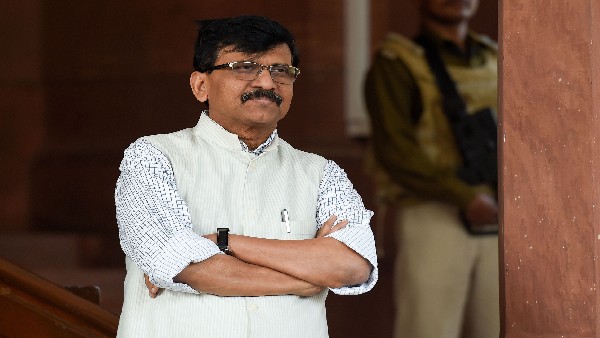 Mumbai, April 20. Shiv Sena MP and senior leader Sanjay Raut has had a hard time accusing the High Court judge. Indian Bar Association had filed PIL with contempt notice. The Bar has filed a contempt and PIL against Sanjay Raut for making false and false allegations against the judges. In a statement issued by the Bar Association, it has been said that Sanjay Raut has made false allegations against the judges of Bombay High Court and the entire judiciary. In fact, the court had given relief to BJP leader Kirit Somaiya, whom Sanjay Raut had called biased.

Sanjay Raut had said that the court has given relief to the people associated with the BJP, but did not give any relief to the people associated with Shiv Sena and NCP. Sanjay Raut questioned the court’s stand pointing to Jail Ministers Nawab Malik and Anil Deshmukh and said that the court has given interim protection from arrest to Kirit Somaiya. While the rest have not been given any relief. Let us inform that the names of Maharashtra Chief Minister Uddhav Thackeray, Home Minister Dilip Walse Patil and Saamana editor Rashmi Thackeray have also been included in this contempt notice.

It is worth noting that last week Raut had questioned the Bombay High Court’s decision in which BJP leader Kirit Somaiya was granted interim relief from arrest by the court. Raut had said that Save Vikrant is a scam, crores of rupees were collected for it and it was stifled, the relief from the court does not mean that the corruption charges against anyone are over. The money that was collected did not reach the Raj Bhavan. This is the reason why people have lost faith in the judiciary. Relief scam is a blot on the court. It is more serious than Al Qaeda. After all, how only other party people have benefited from this scam. This is a big question. The case of misuse of Vikrant’s funds is not over yet, the guilty will be punished, you wait and see.