Before Kapil Sibal, 5 big names of Congress, who left the party in the last five months
Advertisement 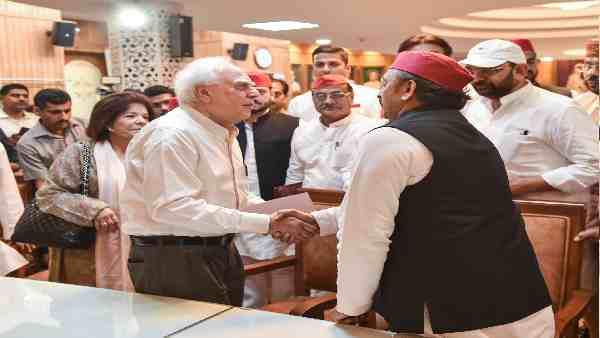 Senior lawyer and former Union Minister Kapil Sibal was the most vocal member of the G-23, a group of angry Congress leaders, and had also faced tomato attack by Congress workers at his residence for questioning the party leadership. After the crushing defeat of the Congress in the 2019 Lok Sabha elections, Sibal had repeatedly raised such questions on the high command, contrary to the culture of the Congress, due to which it seemed that he was determined to remove the sack-bed from the party. Therefore, it is not surprising that he left the Congress to go to the Rajya Sabha and sit on the Samajwadi Party’s cycle. But, this is not the case with every leader.

Hardik Patel, who came into the limelight due to the Patidar movement at a very young age, was taken by the Congress with great expectations in Gujarat. In the 2017 Gujarat assembly elections, the party had also benefited a lot because of them and it was able to give a tough fight to the ruling BJP. But, when elections are to be held later this year, Hardik had accused himself of being neglected. He had also targeted Rahul Gandhi directly that he has been made the working president, but he has no time to tell the responsibility. His chicken sandwich taunt on Gujarat Congress leaders has also become very popular. Hardik waited long enough that at some point or the other, Rahul-Priyanka Vadra would get the time to listen to them. But, eventually he too was disillusioned with the Congress, especially the leaders of the Gandhi family, and he too chose to seek his career outside the Congress. Of all the leaders who have left the Congress recently, Hardik can be considered a leader with a huge mass base.

Prior to Sibal, the same month in Punjab, former Congress state president Sunil Jakhar had also left the Congress and joined the BJP. His family has been associated with the party for several decades. He was given a show cause notice by the party leadership for criticizing former CM Charanjit Singh Channi. Explaining the reason for leaving the party, he had said that his decision to leave the Gandhi family was not for personal reasons, but for the stability of Punjab and the security of the state. Earlier, the party had removed him from all posts for two years after the Congress Disciplinary Committee recommended against him.

In February this year, another veteran Congressman and former Union Minister Ashwini Kumar also said goodbye to the Congress party. He had said that, ‘by staying outside the ambit of the party, we can work better for big national issues.’ In his resignation letter sent to party president Sonia Gandhi, he had said the move was “in line with my dignity”.

Shortly before the UP assembly elections, former Union Minister RPN Singh also said goodbye to the Congress. At one time he was considered very close to Rahul Gandhi like Jyotiraditya Scindia and Jitin Prasada. Although he was handling the responsibility of party-in-charge in Jharkhand, but according to the information, he was feeling neglected in the party for some time. He told the media that he was in Congress for 32 years, but “the party is no longer what it used to be”.

Shortly before the Punjab Assembly elections, the then Chief Minister Captain Amarinder Singh had started building distance from the Congress leadership. Rahul and Priyanka started pursuing Navjot Singh Sidhu, who left no chance to corner the Capt. Eventually Amarinder Singh left the party and formed a new party named Punjab Lok Congress. In Punjab, the Congress did not have a leader with a bigger face and mass base than the Captain. So, his soil got muddled in the assembly elections.