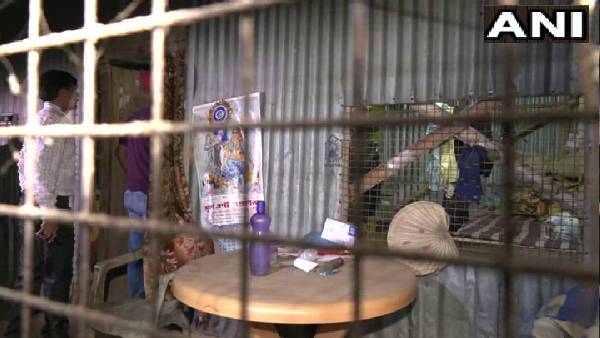 Kolkata, April 14: Incident of crime is increasing continuously in West Bengal. Recently, a heart-wrenching incident of gang-rape with a minor girl student has come to light in Nadia district of the state. Minor girl died after gangrape. The son of a local leader of the ruling party Trinamool Congress is the main accused in this whole case, who has been arrested. At the same time, now a team of CBI along with CFSL reached the house of accused in Nadia’s Hanskhali rape-murder case.

At the same time, the team of CBI and CFSL also reached their house to meet the victim’s family. In fact, on April 12, the Calcutta High Court had ordered a CBI inquiry into the rape and murder case in Nadia’s Hanskhali, after which the CBI is now investigating the entire matter.

West Bengal | A CBI team visited the residence of Nadia’s Hanskhali rape-murder case victim and met the members of her family today. pic.twitter.com/6VB2zkA3YC

At the same time, the opposition is continuously attacking the statement of CM Mamta Banerjee who came out after this incident. Mamata Banerjee had raised questions on the rape allegations, after which her criticism started. The main accused Brajgopal is the son of a Trinamool Congress panchayat member. Police have arrested the accused. Apart from rape, murder and destruction of evidence, a case has been registered against Brajgopal under the POCSO Act.

What did Nitin Gadkari say to Ratan Tata about RSS? he told himself

In protocol, Bhagwant is 7th and Kejriwal is at 15th place, then why is the CM of Punjab insulted?