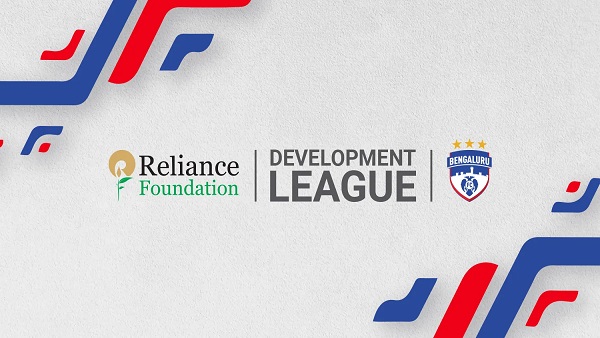 Goa, May 12: Bengaluru FC on Thursday clinched the title of the first edition of the Reliance Foundation Development League (RFDL) in the title match against Kerala Blasters FC in a goalless draw. The result of this match is proof that both the teams are equal in strength and truly deserve to play in the Next Gen Cup. Now both the teams will represent India in the Next Gen Cup to be held in the UK later this year.

Bengaluru had to avoid a defeat against Kerala to claim the league crown, and the team, popularly known as the Blues, managed to keep their rivals in check for more than 90 minutes at the packed Benaulim ground here. Kerala ended their seven-match journey with 16 points. Bengaluru ended the league with 19 points and were the only unbeaten team.

Bengaluru coach Naushad Moosa said after the match, “I want to thank Reliance for this wonderful platform. All the teams were very competitive. This tournament really helped us get some competitive play to understand the level of the players. It helped. It’s also a good platform for coaches.” Musa added, “I would like to congratulate the Kerala team. They played wonderfully. They were definitely the best team. I am proud of the way my boys played throughout the tournament.”

Bengaluru captain Namgyal Bhutia said, “This is our first trophy after two years. I am very happy for the team. This tournament has helped us grow as a unit. We have been able to qualify for the Next Gen Cup. Very excited for. We will try to do well there as well.” Kerala Blasters coach Tomasz Tchourges praised his team for its good performance, while also emphasizing that tournaments like RFDL give players more playing time.

The Polish coach said, “We played very well. Dominated the opponent, and created a lot of chances. We were the best team and we had the best players. Bengaluru is also a good team. More game time for tournament players like this.” help you get it.” Bengaluru FC striker Rahul Raju scored seven goals in seven matches to his name. He received the Golden Boot award for scoring the most goals. While midfielder Becky Oram was given the Golden Ball award for Player of the Tournament. Sachin Suresh of Kerala won the Golden Gloves award with six clean saves.

CSK scattered like a pack of cards in IPL 2022, Mumbai did it for the fourth time