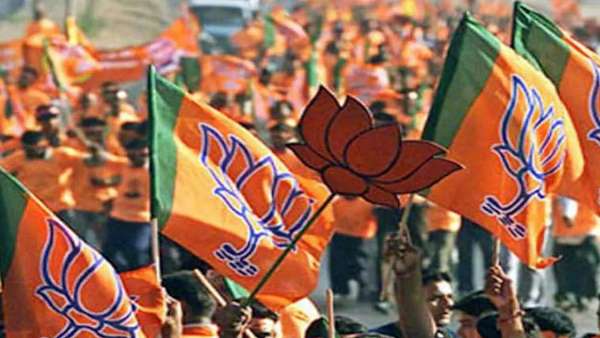 New Delhi, May 29: The Central Election Committee of the Bharatiya Janata Party has released the list of candidates for the upcoming Rajya Sabha elections to be held in different states. In this, the names of 16 candidates have been announced for Madhya Pradesh, Karnataka, Maharashtra, Rajasthan, Uttar Pradesh, Uttarakhand, Bihar and Haryana. The party has re-nominated Finance Minister Nirmala Sitharaman and Commerce and Industry Minister Piyush Goyal.

BJP has announced six candidates from UP for the Rajya Sabha elections. The party has fielded Radha Mohandas Agarwal and Laxmikant Bajpai as its candidates. Agarwal had left the Gorakhpur assembly seat for Chief Minister Yogi Adityanath in the UP elections. Apart from this, Sangeeta Yadav, Babu Ram Nishad, Surendra Nagar and Darshana Singh have been declared candidates. Jai Prakash Nishad’s ticket has been canceled. Of the existing members, only Surendra Nagar has been given ticket.

The party has fielded Kavita Patidar from Madhya Pradesh. Nirmala Sitharaman and Jaggesh have been fielded from Karnataka. Piyush Goyal, Dhananjay Mahadik and Anil Sukhdevrao Bonde have been declared candidates from Maharashtra. Ghanshyam Tiwari has been made a candidate from Rajasthan. Dr. Kalpana Saini in Uttarakhand and Satish Chandra Dubey and Shambhu Sharan Patel in Bihar have been declared candidates. The name of Krishna Lal Panwar has been announced from Haryana. The party has fielded Aditya Sahu as its candidate from Jharkhand.

Elections to 57 seats in 15 states are to be held on June 10. For this, all the political parties have given their full strength. The fear of cross voting is also haunting some parties. The states for which elections are to be held for Rajya Sabha seats are Uttar Pradesh, Bihar, Jharkhand, Chhattisgarh, Odisha, Andhra Pradesh, Telangana, Tamil Nadu, Karnataka, Maharashtra, Madhya Pradesh, Rajasthan, Haryana, Punjab, Uttarakhand.

Of these, 11 Rajya Sabha MPs from Uttar Pradesh are retiring in July. These MPs have five members from the BJP, three from the Samajwadi Party, two from the BSP and one from the Congress. Five Rajya Sabha members elected from Bihar are also retiring. This includes Misa Bharti of RJD, BJP leaders Satish Chand Dubey and Gopal Narayan Singh, besides Ram Chandra Mishra of JDU. Apart from this, one more seat was with Sharad Yadav.

The country is heading towards another power crisis, CREA has predicted for these months