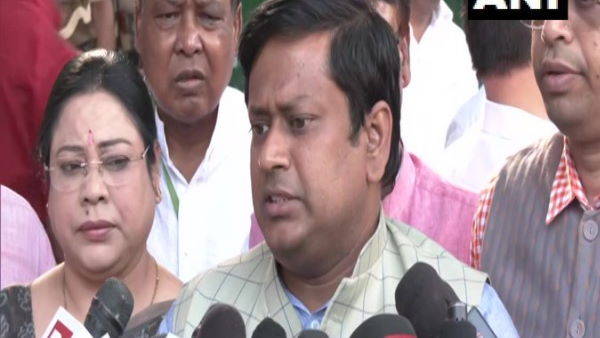 West Bengal BJP chief Sukanta Majumdar after meeting the Chief Election Commissioner said that TMC MLA Narendra Nath Chakraborty is openly saying in the viral video that if people vote in favor of BJP in the by-election in Asansol, it will not go well with them. MLA Narendra Nath Chakraborty is directly threatening the voters which is a serious matter. There is a direct danger. We have met the Chief Election Commissioner regarding this matter. He has listened to us and assured to take action against the TMC MLA.

what is the matter

A video of TMC MLA from Pandaveshwar seat Naren Chakraborty is going viral. In which he is asking BJP supporters not to vote. They are saying that if you don’t vote for BJP, it will be easy to do job or business in the state and TMC will support them. BJP is attacking TMC for this.

Pakistan Political Crisis: Countdown of PTI government begins, with whom will these three friends of Imran support Imran?

AAP and BJP workers clashed with each other while protesting in Delhi, watch VIDEO