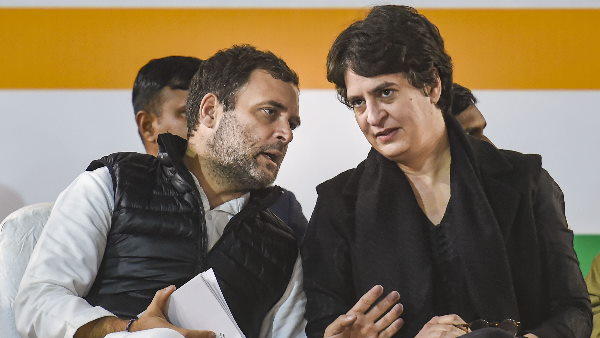 Let us tell you that the assembly elections are to be held in Gujarat at the end of this year and in such a situation, this tweet of Sanyam Lodha has increased the troubles of the Congress leadership. Tagging Congress MPs Rahul Gandhi, Priyanka Gandhi, Congress Party and Gujarat Congress in his tweet, Sanyam Lodha has written, ‘Gujarat Assembly Election 2022… BJP is slamming ten Congress MLAs. Stay healthy, stay alert.

Sanyam Lodha, an independent MLA from Sirohi assembly seat of Rajasthan, said that he has informed about this to the Congress leadership besides Gujarat Congress President Raghu Sharma. Sanyam Lodha said, ‘I have warned the Congress party. I have got confirmed news from my sources that BJP is trying to break 10 Congress MLAs in Gujarat. I had informed Gujarat Congress President Raghu Sharma about this 20 days back. But… after not getting any reply from their side, I have now informed the top leadership of the party as well.

‘We are anti-BJP, it is our responsibility to warn’

Sanyam Lodha further said, ‘If you do not wake up even after telling this much, then what I said is sure to happen. We are anti-BJP and hence it is our responsibility to warn you if we come to know about something like this. Let us tell you that in 2020 also there was a similar political stir in Gujarat, when eight Congress MLAs resigned during the Rajya Sabha elections, who later joined the BJP.

New cases of corona continue to decline in the country, 1761 new cases in last 24 hours