Born in a slum of Mumbai, flowers sold at traffic signals, now got this offer from America, read the story of Sarita Mali
Advertisement 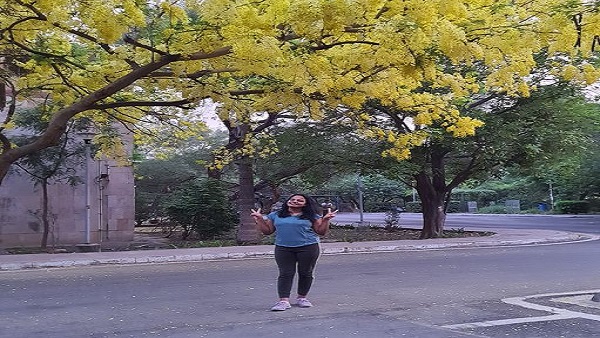 Who is Sarita Mali

Originally from Jaunpur, the family of Sarita Mali lives in Mumbai. 28-year-old Sarita’s father had come to Mumbai in search of work. By working there, he somehow feeds the family. Sarita was also born in a slum of Mumbai. To ease her father’s burden, she used to accompany him to sell flowers at traffic signals. She studied in a government school near the slum. When she grew up, she started teaching tuitions to small children.

There were 6 people in Sarita’s family. The whole family lived in the 10 by 12 room. Father Ramsurat Mali used to work whole day and Sarita used to teach tuition to the children, sell flowers at the signal to help them. With these tuition money, he enrolled in his graduation. Apart from mother Saroj Mali, there are two brothers and a sister in the family. Sarita would teach tuitions to ease the burden of the family and continue with her studies. Sarita was very good in studies. His passion led him to the Jawaharlal Nehru University in Delhi. Graduated in Hindi, then did PhD, but now a beautiful turn has come in his life.

Sarita wrote this story on her Facebook post, after which her story is becoming very viral. People are congratulating him, praising his dedication, his efforts. At the same time, Sarita is also very happy with her success. He said that the fellowship was awarded on the basis of his merit and academic record.

Monsoon 2022: Monsoon is coming from May 15 this year, it will rain here before Kerala