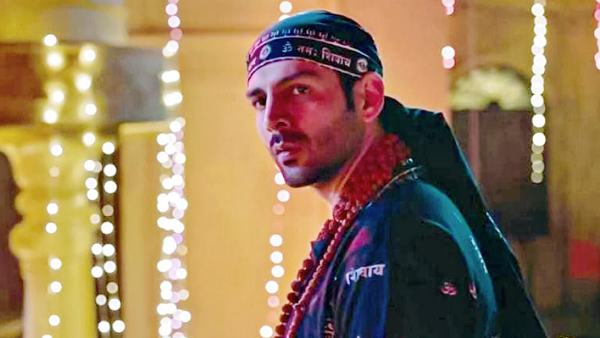 In the year 2018, this film directed by Luv Ranjan did a business of 108.95 crores. The film was a blockbuster. This is Kartik Aaryan’s highest grossing film.

Karthik Aryan and Kriti Sanon’s film ‘Luka Chuppi’, which came in the year 2019, had a collection of 94.15 crores at the box office with an opening of 8.01 crores. The film was a super hit.

husband wife and her

Pati Patni Aur Woh, which came in 2019 .. This film of Karthik Aryan, Bhumi Pednekar and Ananya Pandey took the opening of 9.01 crores and the total collection of the film was 86.77 crores. The film was a hit.

This Luv Ranjan film was a super hit at the box office. The film did business of 64.1 crores. It can be said that this film gave a different identity to Karthik.

Kartik’s fifth highest-grossing film is Love Aaj Kal, which came out in 2022. Karthik and Sara Ali Khan were seen in this Imtiaz Ali film. The film was a flop with around 35 crore collections.

At the same time, now Bhool Bhulaiyaa 2 is ready for release. In the film, actors like Kiara Advani, Tabu, Rajpal Yadav will be seen along with Karthik. The film will release on May 20.