Calling AAP MLA and said - I will shoot you in 2 days, Punjab Police is looking for
Advertisement 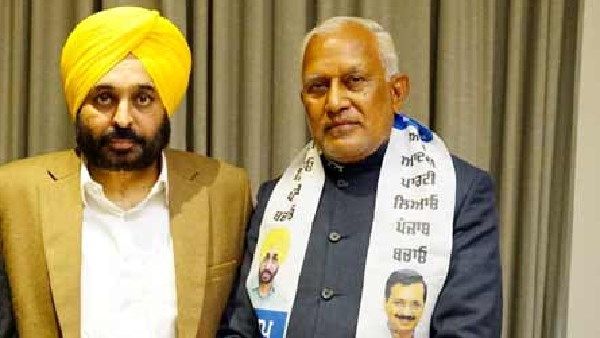 Deadly threat to AAP MLA
MLA Barinder Goyal told that, “Someone has called and threatened to shoot me in 2 days. The threatening person was also abusing. In this matter we have asked the police.” DSP Manoj Gorsi said that they are searching for the accused. Investigation has been started on the mobile number from which the threat was made. The location of the said number is also being checked.

‘I will shoot in two days’
According to the MLA, when it was 9:15 pm, he got a call on his mobile, which was picked up by PA Rakesh Gupta. The caller started abusing from there. He said, “I will shoot.” He threatened to shoot her in two days.

The MLA says that, I have taken the threat seriously because in my political career of 30 years I have received death threats many times. Once a bullet was fired, in which he was saved.

Aam Aadmi Party MLA Barinder Goyal’s PA said that the police have started investigation by taking the number of the person who made the threat. About Barinder, the PA said that he is engaged in the service of the light by listening to the problems of the people daily. They take care of everyone.”