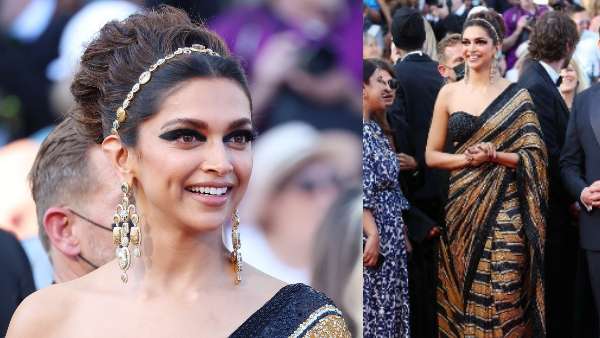 Deepika Padukone has been in the news since the beginning of this festival and ever since her red carpet look came out, she has dominated social media.

Deepika’s look with this black-golden sari looked hot despite being traditional. Along with her heavy makeup look was also attracting the attention of the people.

After walking on the red carpet, Deepika also expressed her happiness. Talking to the media, Deepika said, “It’s an honor, it’s not something that our country has seen many times, so when we are given an opportunity, we take it with a lot of humility and gratitude. Needed.”

Before the red carpet, Deepika Padukone became a part of the jury dinner and the actress chose a very casual outfit for this dinner. These pictures of Deepika became very viral.

At the same time, during the press conference in Cannes, Deepika adopted such a look. This pant-shirt is also designed by Sabyasachi.