CBI arrested 4 of its own officers on corruption charges, went to collect from the businessman
Advertisement 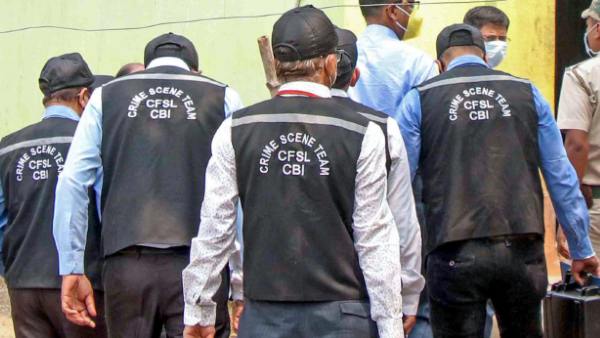 New Delhi, May 12: Four sub-inspectors of the Central Bureau of Investigation (CBI), which the Government of India had given the task to rein in the corrupt, have been arrested on charges of extortion. The accused officers were allegedly involved in threatening a Chandigarh-based businessman. He even told the businessman that if he did not pay 25 lakh rupees, then they would implicate him in the case of providing money to terrorists.

According to the CBI, the accused have been identified as Sub-Inspector Sumit Gupta, Pradeep Rana, Ankur Kumar and Akash Ahlawat. A case was registered against the four and they were suspended. According to media reports, the Chandigarh businessman complained to the CBI that on May 10, six people, including four officers, reached his office and demanded money from him. Along with this, he threatened that if the payment is not made soon, then he will implicate him in the case of collusion with the terrorists.

Seeing the seriousness of the matter, the CBI immediately investigated it. in which the allegation was found to be true. After this, four sub-inspectors were arrested. CBI spokesperson RC Joshi in the case said that the accused officers forcefully put the complainant in a car and demanded Rs 25 lakh from him. Now the department is taking action against them as per rules.

arrived without warrant
According to sources, the four accused employees had joined the CBI only two years ago. Recently he went to Chandigarh to conduct fake raids on an IT firm. He was neither posted there nor did he have any order to raid. On suspicion, the employees of the firm surrounded him and called the police. He was handed over to the CBI from Sector-26 police station at around 11 am on Wednesday. The CBI has also confiscated the belongings of the four. Along with this, the CCTV installed in the firm was also seen, in which the matter was found to be true.

Kerala: Governor Arif Khan furious at the cleric who treated the student abusively, raised questions on the silence of the leaders