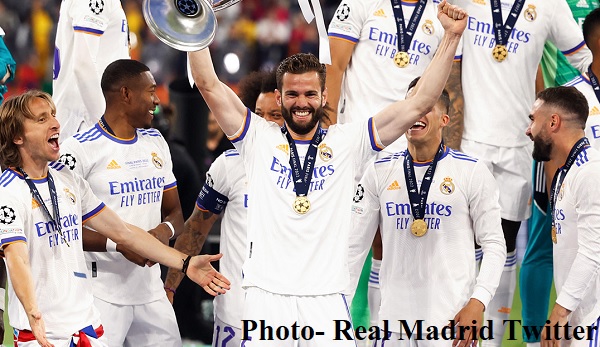 New Delhi, May 29: Real Madrid beat Liverpool 1-0 in the Champions League final on Saturday to become European champions for a record 14th time. Madrid achieved this feat in the final which started 37 minutes late due to crowd.

Madrid completed a Champions League-La Liga double, while Liverpool ended a season in which they could have done much better.

Madrid became European champions for the 14th time, twice the number of any other team on the continent. On Saturday, the match started 37 minutes late due to crowd disturbances outside the Stade de France. It brought back memories of violence in the final of the European Championships at Wembley Stadium 10 months ago.

This time Madrid did not need to make a quick comeback in the match like in the knockout stage. Madrid striker Karim Benzma said, we are the best. It was a tough competition for us and deserved to win this final. We have shown in the history of this game that we will always be.

On the other hand, Liverpool, playing the 64th game of the season, could not get past the opposition goalkeeper Courtois. It was surprising to see Liverpool not scoring a single goal, having one of the most dangerous attacks in the world. Surprisingly, he could not score in all three cup finals of this season.

Liverpool manager Jurgen Klopp also said that, no one in the dressing room looks like it has been a good season for us.

Earlier, police had to release tear gas and paper spray on Liverpool supporters due to the mob lynching. This product will be investigated by the authority in the coming days.

read this also- Virat Kohli’s emotional post for the fans of RCB, then spoke of meeting again

GT vs RR: Sanju Samson became the victim of Hardik Pandya, after the final of 2009, a captain dismissed the captain

Sachin Tendulkar became a Jabra fan of Royals, the bridge of praise for these two players