Channi said - I have nothing to do with the amount seized, so Kang said - exploits will be exposed soon
Advertisement 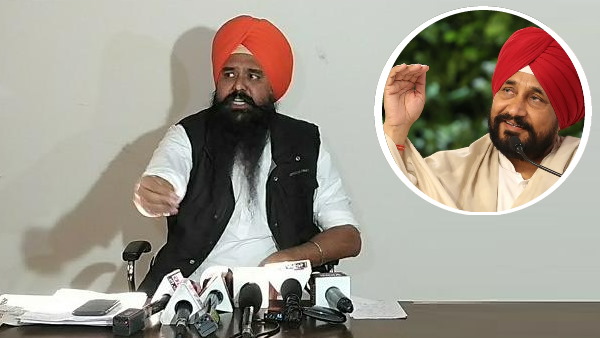 Chandigarh, Former Punjab Chief Minister Charanjit Singh Channi’s statement after being questioned by the ED in illegal sand mining and money laundering case has been termed as ridiculous by the Aam Aadmi Party. Senior AAP leader and spokesperson Malvinder Singh Kang said that “Channi’s statement is very ridiculous. But it will not reduce the problems. His exploits will be exposed soon.”

Let us tell you that the ED had interrogated former CM Charanjit Singh Channi for about 3 hours in connection with the Rs 10 crore recovered from Bhupinder Singh Honey, who was sent to jail in the money laundering case. Channi Honey has warts. He was questioned by the ED that, Honey has accepted that the recovered cash was found in exchange for sand mining and posting and transfer. Evidence of this has been found from Honey’s mobile. On this Channi said – all this is a lie. Whatever you got from him, I have nothing to do with him. Later Channi made a statement before the media that ‘ED is satisfied with their replies’.

Channi’s statement was targeted by the ruling party AAP, and its leader Kang said that soon his dark exploits would be exposed before the people of Punjab. Kang said that by making such statements, Channi is giving himself a clean chit and trying to avoid serious allegations of corruption against him. Whereas, as the Chief Minister, Channi openly ran the sand mafia in Punjab and filled the safes of himself and his relatives.

‘Rs 10 crore can belong to Channi’
Let us tell you that Honey, who is still in jail, had applied for bail on Tuesday. ED says that Rs 10 crore seized from Honey may belong to Channi. The ED had conducted raids at 10 places in Ludhiana, Mohali, Pathankot, Rupnagar and Fatehgarh Sahib on January 18 and 19 in connection with the illegal sand mining case registered at Rahon police station in Nawanshahr district. Honey’s partner Kudratdeep Singh was also an accused in the case, but was later released by the police.