Christchurch ready for the final of the Women's World Cup, Australia is eyeing its seventh title
Advertisement 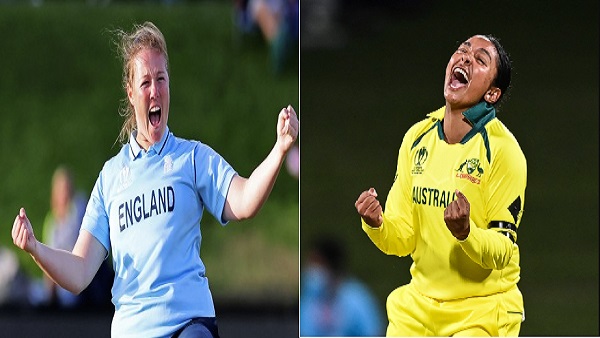 Christchurch, April 02.
England and Australia face off in the final of the ICC Women’s World Cup 2022. This match will be played in Christchurch, New Zealand on Sunday. Even though Team India may not be in the final, but for Indian cricket lovers, tomorrow’s match is no less than a thrill, as both the teams of the final are more than one.

Big win for both the teams in the semi-finals

After registering a big win in the semi-finals, now the stage of the final is fully decorated for both the teams. Let us tell you that the Australian team has won the World Cup title 6 times and is now eyeing the 7th title, while the England team has also won this title four times. The last World Cup, which was held in 2017, was won by England only. At that time England defeated Team India in the final.

Let us tell you that in the Women’s World Cup, the teams of England and Australia are face to face again after 34 years. The two teams started their campaign together in Hamilton about a month ago. Defending champions England are not going to give up the trophy easily. England cricket fans have high hopes from captain Heather Knight. Let us tell you that the journey of four-time champion England was not good at all in this World Cup. England had to face defeat in the first three matches of the tournament.

Despite scoring the first century in IPL 2022, why did Butler not celebrate, the reason given after the victory