Congress angry at you for sending Raghav Chadha to Rajya Sabha, the leader said - doing so is an insult to the mandate
Advertisement 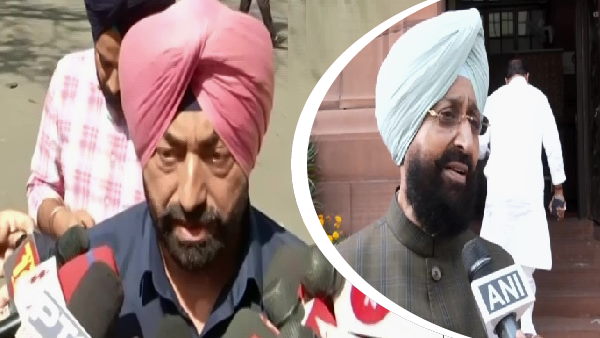 On AAP’s Rajya Sabha candidates, Congress’s Sukhpal Khaira said, “Transporting non-Punjabi to Rajya Sabha from here is an insult to the mandate…We welcome the name of Harbhajan Singh, but other names including Chadha (Raghav Chadha)”. No…will not tolerate anyone from outside in Punjab. Here, it is Mann’s (CM)’s test to present his side..Will he accept people from outside Punjab?’

Congress’s Pratap Bajwa said that the people made him (AAP) win. Therefore their representatives are elected, they have the right to nominate to the Rajya Sabha. He had strength, so he chose his people, whether from inside or outside, I don’t want to comment on this…. But I say that the first day should be of constructive opposition, opposition is not my business.

It is to be known that today the Aam Aadmi Party has announced five names from Punjab for the Rajya Sabha elections. These include former cricketer Harbhajan Singh, Delhi MLA and Punjab co-in-charge Raghav Chadha, Dr. Sandeep Pathak, Sanjeev Arora and Lovely Professional University Chancellor Ashok Mittal. Now the five seats for which elections will be held, they are going to fall vacant next month. Today was the last day for filing nominations for the Rajya Sabha elections.

What is the meaning of this ‘red diary’ in the governance of Punjab?