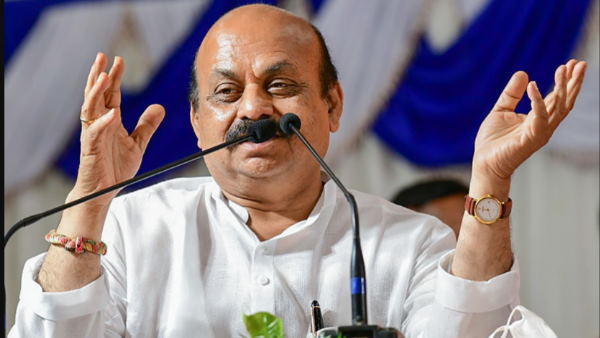 Bengaluru, April 20: The Karnataka government will set up a three-member commission to clear tender proposals for all public projects worth Rs 50 crore to prevent malpractices in awarding contracts. This commission will consist of a retired High Court Judge and two experts. Along with this, the government has ordered a complete ban on starting work on the basis of oral instructions of ministers or higher officials.

These decisions are a consequence of the death of Udupi civil contractor Santosh Patil by suicide at a hotel in Udupi on April 11, with 40 per cent commission on public work carried out on the minister’s oral instructions on the then Rural Development and Panchayat Raj Minister KS Eshwarappa. was alleged to have demanded Last year in Hindalga village of Belagavi district. Eshwarappa, an MLA from Shivamogga, who had said that he was not at all involved in the issue, resigned from his ministerial post on April 14 due to mounting pressure on him.

Speaking to reporters on Wednesday, Chief Minister Basavaraj Bommai said, “Our government has taken a decision. Public works start from the time of preparation of estimates. Tender conditions are ready to benefit only one section of people.” I have ordered the constitution of a high-level committee with a retired High Court judge as its chairman and a financial expert and a technical expert as its members.” The commission will be constituted under the Karnataka Transparency in Public Procurement Act (KTPPA). Bommai said all tenders above Rs 50 crore would go to the commission, which would review the estimates and tender status in accordance with the provisions of the Karnataka Transparency Act in the Public Procurement Act.

Supreme Court warns police and media, TV should not be part of debate in criminal cases