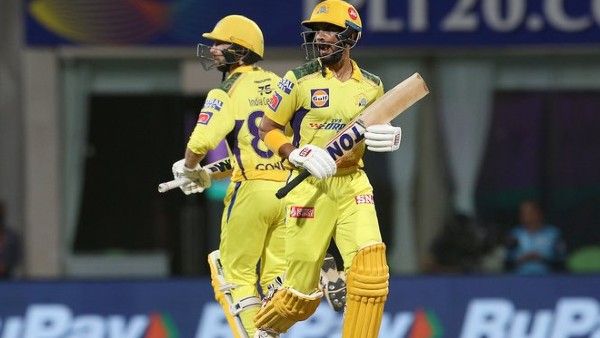 New Delhi. The 55th match of the 15th season of the Indian Premier League is being played at the DY Patil Stadium in Mumbai, where the Delhi Capitals and Chennai Super Kings were expected to win. Delhi Capitals team won the toss and decided to bowl first in this match, however in the third match for CSK, Devon Conway (87) and Rituraj Gaikwad (41) once again got off to a good start and made a century partnership. At the same time, due to the explosive innings of Shivam Dubey (32) and captain MS Dhoni (21), CSK’s team scored 208 runs for the loss of 6 wickets in the stipulated 20 overs.

CSK’s team has scored more than 200 for the fourth time in IPL 2022, in such a situation, the run chase for the Delhi Capitals team is not going to be easy. For Delhi Capitals, only Khaleel Ahmed proved to be the most successful bowler, who took 2 wickets for 28 runs in his 4 overs spell, while Axar Patel gave 23 runs in 3 overs while bowling economical.

Apart from these two bowlers, every Delhi Capitals bowler plundered runs at an economy of more than 10 and hit fours and sixes all around the field. While Kuldeep Yadav, the most in-form bowler of Delhi Capitals scored 43 runs in just 3 overs, Shardul Thakur also gave 38 runs in 3 overs. Mitchell Marsh also gave 34 runs in 3 overs but took the wicket of Shivam Dubey, who scored 32 runs in 19 balls with the help of 2 fours and 2 sixes.

For CSK, Riturat Gaikwad and Devon Conway opened the innings in an explosive manner and shared a 110-run partnership for the first wicket, which was broken by Anrich Norkhia. Norkhia gave CSK the first blow by taking Gaikwad’s wicket, after which Conway along with Shivam Dubey put on a 59-run stand for the second wicket. Marsh broke the partnership, while Khaleel Ahmed took the wickets of Conway and Ambati Rayudu to return to Delhi.

Read more: Prithvi Shaw will not return to Delhi team even against CSK, sad pictures for fans before match

Captain Mahendra Singh Dhoni once again showed his old style to the fans and scored 21 runs in just 8 balls. During this, Dhoni hit 2 sixes and a four and took his team to the score of 208 runs in the stipulated 20 overs. Enrich Norkhia also took 3 wickets for 42 runs in 4 overs.

The fate of this one crore player changed after marriage, hat-trick of half-century in IPL 2022