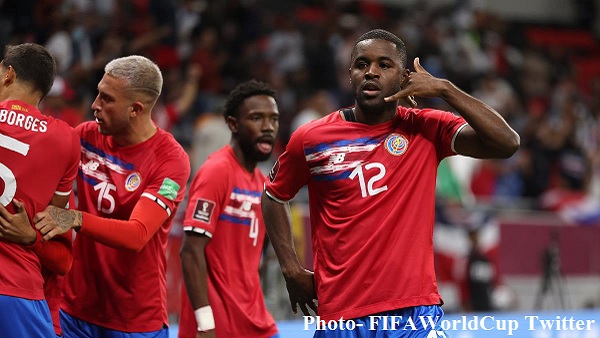 “We had a chance to score early and then we fought,” Costa Rica coach Luis Fernando told a post-match press conference.

“We knew what a team they were. We knew we would struggle with their air balls.
After time decided to take more possession of the ball and keep a line of five in the defence. It proved to be important.”

Costa Rica qualified for their sixth World Cup overall and will face Germany, Japan and Spain in Group E.

During this, many supporters of Costa Rica had come.

While a disappointed New Zealand coach Danny Hay said after the match, “I thought we were the better team so far. One team was dominant, with only one team trying to maintain good quality football.”

Sunil Chhetri’s amazing in international goals, equaled the legend in scoring the most goals