CSK vs LSG: Lucknow bowlers blown away by CSK's storm, scored 210 on the strength of Uthappa-Dubey
Advertisement 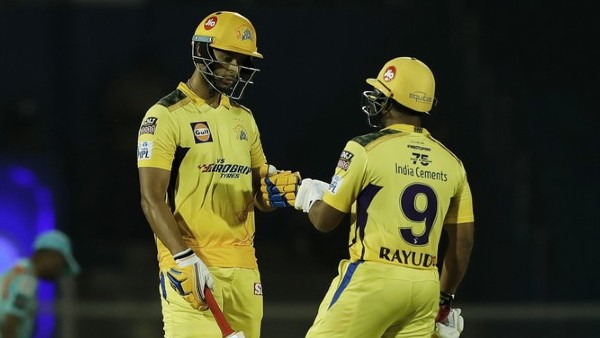 new Delhi. The 7th match of the 15th season of the Indian Premier League is being played at the Brabourne Stadium, where the Chennai Super Kings team faced the Lucknow Supergiants. Both the teams had come to play after defeat in this match, so the result of the toss was going to be very important for both the teams. For Lucknow Supergiants, KL Rahul won the toss and decided to bowl first, however Chennai Super Kings’ batsmen proved Rahul’s decision wrong by batting relentlessly and made a score of 210 runs for the loss of 7 wickets in the stipulated 20 overs.

Robin Uthappa (50) and Rituraj Gaikwad (1) opened the innings for CSK’s team and added 28 runs for the first wicket in 2.3 overs, although Gaikwad returned to the pavilion after being run out and went back to the pavilion for the second consecutive match. Missed a good innings. From here Moeen Ali (35) continued to bat with Uthappa moving forward and shared a 52-run partnership in the next 5.1 overs.

Read more: CSK vs LSG: Moeen Ali returns for Chennai, KL Rahul wins the toss, know how is the playing 11

During this, Robin Uthappa completed his half-century in 25 balls with 8 fours and a six, but Ravi Bishnoi broke the partnership by taking the wicket of Uthappa. Moeen Ali also scored 22 runs in 22 balls with the help of 4 fours and 2 sixes but had to return to the pavilion after being bowled by Avesh Khan. CSK’s team quickly lost the wicket of two sets of batsmen, but despite this, they did not stop scoring runs fast.

Shivam Dubey missed out on scoring a half-century

After the departure of Moeen Ali, Shivam Dubey (49) and Ambati Rayudu (27) put forward a 60-run partnership in 6 overs for the fourth wicket. Bishnoi bowled Rayudu again to break the partnership but Shivam Dubey continued to score runs fast and played an innings of 49 runs in 30 balls with the help of 5 fours, 2 sixes. Shivam Dubey missed out on completing his half-century by one run, which was sent back to the pavilion by Avesh Khan.

Dhoni opened his account by hitting a six as soon as he came in this match while hitting a four on the second ball. At the same time, Ravindra Jadeja also played an innings of 17 runs in 9 balls with 3 fours. Dhoni took the team’s score to 210 by hitting a four on the last ball of the innings. With this four, Mahendra Singh Dhoni completed his 7000 runs in T20 cricket and has become the sixth Indian player to achieve this feat. CSK’s team lost 7 wickets during this innings but its batsmen scored 210 runs with the help of 24 fours and 8 sixes.