CSK vs LSG: Moeen Ali returns for Chennai, KL Rahul won the toss, know how is the playing 11
Advertisement 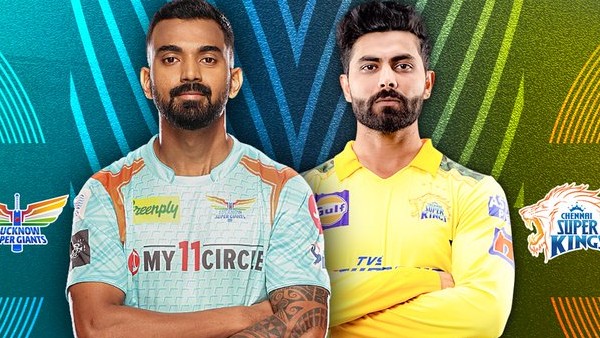 Rahul won the toss, gave a chance to the toy

During the toss, Lucknow Supergiants captain KL Rahul won and decided to bowl first. Lucknow cited the dew coming in the second innings and the help from the pitch as the reason behind their decision. The team of Lucknow Super Giants also decided to make a change and give Andrew Toy a chance and kept Mohsin Khan out.

CSK has landed with 3 changes

At the same time, the team of Chennai Super Kings has decided to make 3 changes in their playing 11 for this match and have brought back Moeen Ali by removing Mitchell Santner, then Adam Milne has been out due to side strain. Because of this, CSK’s team has landed with only 3 foreign players. The CSK team has given a chance to Mukesh Chaudhary and Dwayne Pretorius.

Talking about the pitch, a low scoring match can be seen here as the grass is intact on the pitch and due to this, the fast bowlers will be seen to be of great help.

Know how is the playing 11 of both the teams

‘When Ganguly insulted Akhtar in front of the coach’, Shoaib narrated the story of the first season of IPL