CSK vs RCB: Jadeja injured while trying to catch a difficult catch, was seen moaning in pain on the ground
Advertisement 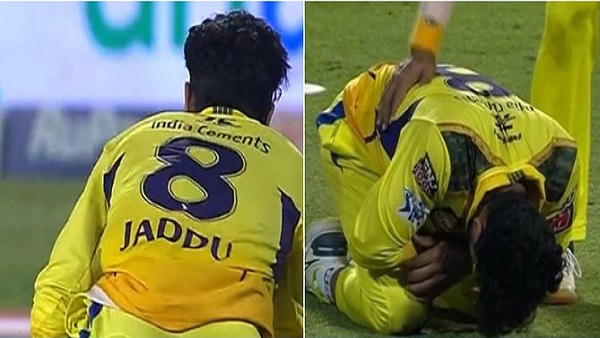 How did Jadeja get hurt?

The incident happened in the 18th over of RCB’s innings, when RCB batsman Mahipal Lomror played an aerial shot. Then Ravindra Jadeja dived to catch a difficult catch. In this attempt, Jadeja could not catch the catch, but he fell very hard on the ground on his shoulder. After this, Jadeja was seen moaning on the field for a few minutes.

Jadeja started fielding even after injury

After Jadeja’s injury, there was also the entry of the physio on the field. During this, the physio examined Jadeja thoroughly and after everything was fine, the physio said that there is no problem. Jadeja did not leave the field after this but started fielding. Let us tell you that Ravindra Jadeja is one of the best fielders in Indian cricket. There are very few occasions on the field when a catch is dropped from Jadeja’s hands.

Many players are injured in Chennai, 2 out

Let us tell you that Jadeja’s injury on the field was no less than a nightmare for Chennai. Two players from Chennai have already been ruled out of the tournament without playing any IPL match due to injury. Fast bowlers Deepak Chahar and Adam Milne have been ruled out of IPL 2022 due to injuries. At the same time, Ambati Rayudu and Moeen Ali also did not play 2 matches due to injury.

Big record was recorded in the name of Kohli, became the first batsman to do such a thing