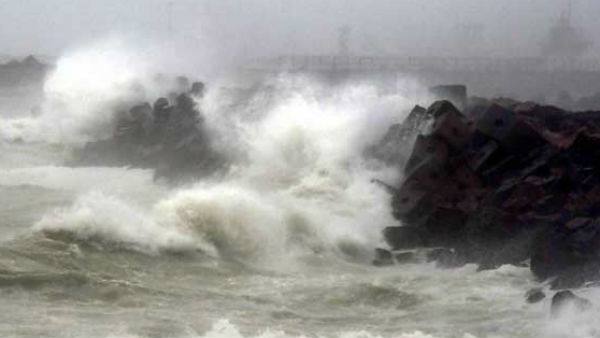 Fishermen stopped from going to sea

This cyclone is expected to reach the coasts of Bangladesh-North Myanmar in the next 24 hours. Fishermen have been prevented from going into the sea in view of the cyclone. According to IMD scientist RK Jenamani, the depression over Southeast and South Andaman Sea has moved northwards. It is likely that the depression will intensify into a cyclonic storm by this evening. Heavy to very heavy rainfall is likely in this region.

Landfall will not happen in Andaman Islands

IMD Director General Mrityunjay Mohapatra said that ‘the cyclone is expected to move towards Andaman Islands as well as Myanmar and South Bangladesh coast. He clarified that its landfall will not happen in the Andaman Islands.

The administration has made complete arrangements to deal with this storm. People have been safely evacuated from low-lying areas. Shipping services have been suspended. Helpline numbers have been issued so that people can be helped immediately.

The department has kept the NDRF team ready, so that people can be evacuated safely without delay. About 150 personnel of the National Disaster Response Force (NDRF) have been deployed and six relief camps have been opened in different parts of the islands, officials said. Disaster Management Secretary Pankaj Kumar said that a total of 68 NDRF personnel have been deployed in Port Blair and 25 each in Diglipur, Rangat and Hatbe areas.

Not only this, in view of the storm, the local administration and inter-island shipping services with Chennai and Visakhapatnam have been stopped for the time being. Let us tell you that this is the first cyclonic storm of the year 2022 near the archipelago. This storm has been named by Sri Lanka.

Weather Updates: The heat is troubling in March itself, but it will rain in many states today, know the condition of Delhi

N Biren Singh will be the CM of Manipur for the second time in a row, swearing-in ceremony will be held at 3 pm