Cyclone Asani Impact: By March 26, mercury will reach 45 degrees in Bhuveshwar, the sun will burn in March itself
Advertisement 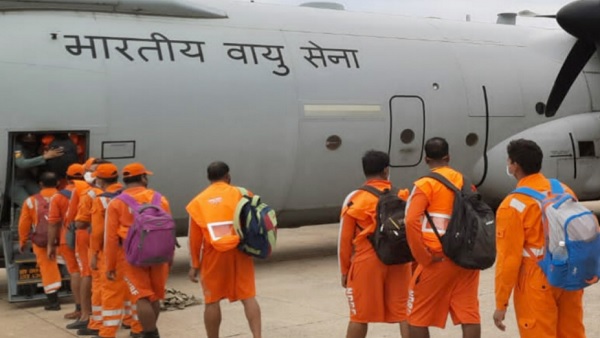 By March 26, mercury will reach 45 degrees in Bhuveshwar

The Meteorological Department has said that there will be no rain in Bhubaneswar till March 27 and hence the day temperature may go up to 42-45 degree Celsius on March 26. While between March 22 and 26, the mercury here will be around forty, after this prediction of the Meteorological Department, people’s concern has increased because so much heat occurs in May-June and when it is now If there is a situation, then what will be the condition of summer in these months?

Heat wave will be seen all over Odisha

Indian Institute Of Tropical Meteorology or IITM has said that from March 31 to April 6 Heat wave will be seen all over Odisha And districts like Sundergarh, Jharsuguda, Bargarh and Bolangir will experience severe heat during these times. Cyclone ‘Asani’ is definitely behind this upheaval in the weather. Let us tell you that Cyclone ‘Asani’ is currently moving towards Cocoa Island. It is likely to reach Bangladesh-North Myanmar coasts in the next 24 hours.

Due to this cyclone, heavy rain is expected in Andaman and Nicobar. Although its landfall will not happen in the Andaman Islands. The Meteorological Department has issued an alert of heavy rain.

68 jawans have been deployed in Port Blair

Army personnel have been put on alert in view of the cyclone And all schools and colleges have been closed. Heavy rain has started in some parts of the islands since afternoon. According to the forecast, the cyclone will hit the coastal area today, after which there will be a thunderstorm with strong winds and it will intensify into a cyclonic storm and there will be very heavy rains. A total of 68 NDRF personnel have been deployed in Port Blair and 25 each in Diglipur, Rangat and Hatbe areas.

Why Shivaji Maharaj stayed in Agra for 99 days, know why Aurangzeb had taken prisoner