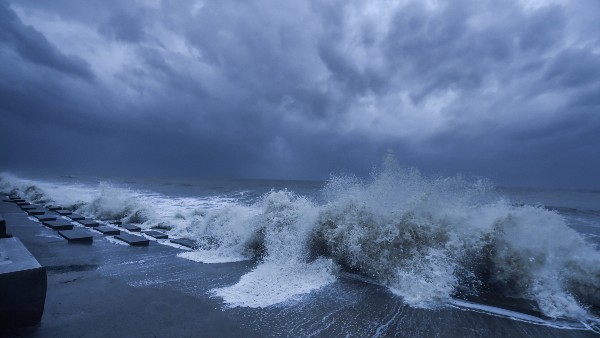 New Delhi, March 20: The threat of cyclonic storm Asani is looming over the Andaman and Nicobar Islands, about which the administration is on alert. Along with this, people living on the seashore are being shifted to a safe place. Apart from this, many teams of NDRF have been deployed at different places. Now the Andaman and Nicobar Administration has issued a separate warning for the fishermen.

According to administrative officials, movement of ships has been stopped in the foreshore sector (services between Port Blair and adjoining islands) of Andaman and Nicobar Islands. Apart from this, a special helpline number was issued for the passengers. In case of any problem, they can call the helpline number 03192-245555/232714 and toll-free number 1800-345-2714. Along with this, appeal is being made to all the people to go to a safe place.

What will be the wind speed?
According to the Meteorological Department, the wind speed will be 70-80 kmph on Sunday, but it can go up to 90 kmph the next day. In such a situation, people should not go to the seashore. Andaman is also famous for water sports, which have been temporarily banned.

Navy and Airforce on standby
Indian Army, Navy, Air Force and Indian Coast Guard have been kept on standby to deal with any untoward situation along with NERF. Their help will be taken if needed. The name Asani has been given by Sri Lanka to this storm.

Know why the heat is increasing rapidly in all the states including Delhi, Rajasthan