DC vs GT: Rishabh Pant created history by playing captaincy innings against Gujarat, became the first batsman to do so
Advertisement 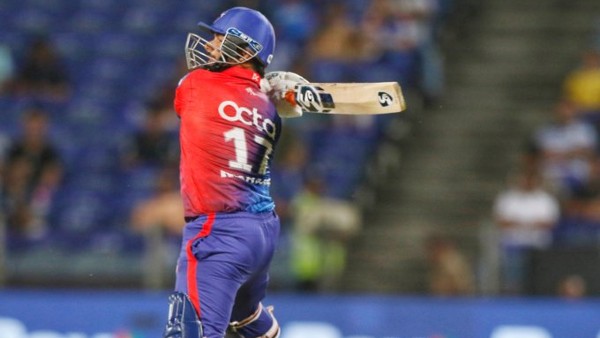 Delhi lost 3 wickets in Powerplay, Pant made a comeback

Hardik Pandya, returning in this match, sent Tim Seifert back to the pavilion in his very first over, while Lockie Ferguson sent Prithvi Shaw back to the pavilion in his first over. In the same over, Ferguson gave the second blow by taking the wicket of Mandeep Singh. However, here captain Rishabh Pant (43) with Lalit Yadav (25) made a comeback of his team with a partnership of 61 runs for the fourth wicket, while he added 23 runs with Powell.

Pant became the first player to score 2500 runs for Delhi

During this, Pant achieved the feat of completing 2500 IPL runs for Delhi Capitals as soon as he scored a run against Gujarat and became the first player to achieve this record for Delhi. Talking about the highest run-scorer in IPL for Delhi, Rishabh Pant is at the top with 2542 runs. In this list, Virender Sehwag (2382 runs) is at the second position, while Shreyas Iyer (2375 runs) is at the third position. Shikhar Dhawan (2066), David Warner (1456) and Prithvi Shaw (1353) are also included for Delhi.

It is worth noting that the bowling of Lockie Ferguson and Rashid Khan proved to be very dangerous for Delhi Capitals, who took 5 wickets to break Delhi’s back. Lockie Ferguson took 4 wickets for 28 runs in 4 overs and threw the best spell of IPL career. At the same time, Rashid Khan gave only 30 runs in 4 overs and took the wicket of Shardul Thakur, who proved to be important.

DC vs GT: Delhi scattered like a pack of cards in the last overs, Ferguson won Gujarat

Despite scoring the first century in IPL 2022, why did Butler not celebrate, the reason given after the victory