DC vs LSG: Why did the umpire stop Norkhia from bowling in the middle over, banned from bowling
Advertisement 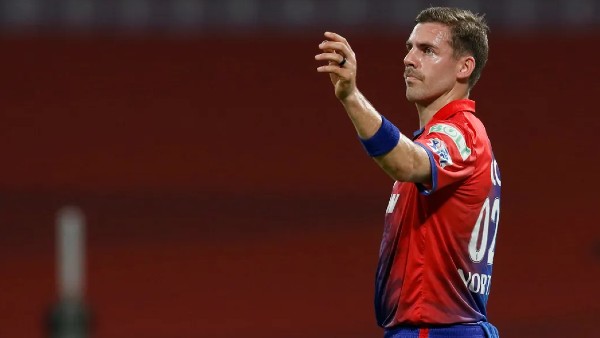 13 runs in the very first over

For Enrich Norkhia, this match was no less than a nightmare, which he would like to forget as soon as possible. Norkhia, who was returning fit after injury, came to bowl against Lucknow in the 5th over, which was welcomed by de Kock with a four. De Kock welcomed the first 3 balls of this over of Norkhia by hitting 3 consecutive fours, while on the fifth ball he hit a six in the direction of deep square leg and took 19 runs from the over.

Warning in 13th over

After this Norkhia came to bowl in the 14th over, whose first ball was missed from his hand and fell close to Dekock’s face. De Kock turned around to save himself but the ball hit the bat and went for a six. The umpire called it a no ball of height and warned Norkhia. Norkhia then conceded 7 runs in the remaining 5 balls and conceded 14 runs in the over.

Bowling snatched from Norkhia in the 16th over

In the 16th over, Pant again reposed confidence in Norkhia and handed over the bowling. Norkhia started well off the first two balls and conceded just one run but the third ball was once again thrown close to the mouth. This time he was facing Deepak Hooda, who saved himself with the bat and took the catch. Sarfaraz took the catch but the umpire called it the second no ball of the height and stopped Norkhia from bowling in the remaining match.

Couldn’t bowl because of this

It is worth noting that according to the Laws of Cricket, if a bowler bowls a no-ball of the height twice in a match, then he cannot bowl in the remaining match. Because of this rule, Enrich Norkhia has been banned. On the other hand, if that bowler does this work in two consecutive matches, then he is banned for bowling in one match.