DC vs SRH: Pooran-Markram's explosive innings in vain, on Khaleel's strength, Delhi returned to the path of victory
Advertisement 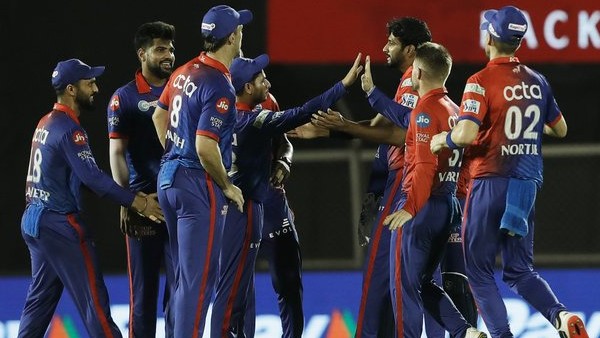 Hyderabad’s condition deteriorated in the powerplay

Chasing 208 runs, Sunrisers Hyderabad’s team tried to make a decent start, but Khaleel Ahmed gave the first blow to Hyderabad by taking the wicket of Abhishek Sharma (7) in his very first over, while Anrich Norkhia struck Kane in the fifth over. Gave a second blow by taking the wicket of Williamson (4). After losing two wickets in five overs, Sunrisers Hyderabad could score only 35 runs in the powerplay, while in the 7th over, Mitchell Marsh sent Rahul Tripathi (22) back to the pavilion and gave the third blow.

Pooran-Markram made the team return

Delhi won in the last overs

Mitchell Marsh was called to bowl in the 19th over but for Sunrisers Hyderabad, Shreyas Gopal (2 fours) and Karthik Tyagi (1 four) hit 16 runs in this over with 3 fours and kept their winning hopes alive. In the last over, Sunrisers Hyderabad needed 28 runs to win and Kuldeep Yadav came to bowl, who hit Karthik Tyagi in the very first ball. At the same time, till the end of the over, he gave only 5 runs and gave his team a 21-run victory. For Delhi Capitals, Khaleel Ahmed took 3 wickets for 30 runs in 4 overs, while Shardul Thakur took 2 wickets for 44 runs in 4 overs.

Everyone knows what happened first, no extra motivation needed – Warner said after winning against SRH