Deep crisis on two well-known organizations associated with Congress, the sword of FCRA hangs on all these big NGOs
Advertisement 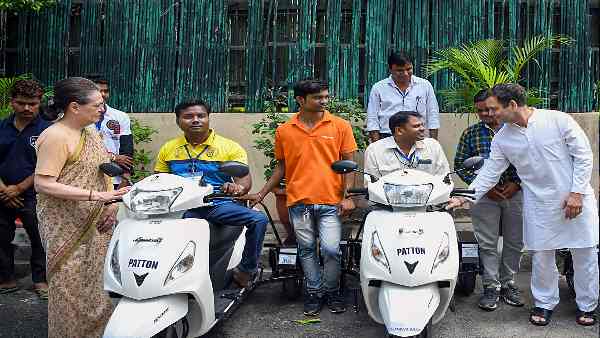 Sword of cancellation of license on many NGOs

According to a news published in the English newspaper Economic Times, the Union Home Ministry is investigating several non-governmental organizations (NGOs) and may cancel the FCRA licenses of some by the end of the March 31 deadline. People with knowledge of this matter have told that many major organizations have also requested the Ministry of Home Affairs to increase the deadline. In view of the Corona epidemic, the Central Government has given relaxation in the period of FCRA registration which is already expiring. These exemptions have been given to those whose registration has expired between September 29, 2020 and December 31, 2021. They were given the concession to complete the rest of the formalities by March 31, 2022.

Major non-governmental organizations (NGOs) whose licenses are to be renewed are Policy Research, Helpage India, SOS Children’s Village of India, CNI Trust Association, Aga Khan Foundation, Tibet House Cultural Center and The Indian Council for Research on International Economics. relations are included. A senior government official, who did not wish to be named, said, “While many of these NGOs have applied, many have been given permission to renew their licenses.”

Crisis on these two organizations of Congress Party

The two prominent organizations associated with the Congress party, whose FCRA registration is yet to be renewed, are the Rajiv Gandhi Foundation, and the Rajiv Gandhi Charitable Trust. Both these organizations of Congress are under the watch of central agencies since 2020. The Ministry of Home Affairs then constituted a committee headed by the Enforcement Directorate to probe into the money laundering and alleged violations of the Income Tax Acts. According to the FCRA’s certificate, renewal of licenses of these two organizations, which are named after former Prime Minister Rajiv Gandhi, was allowed in 2016 for five years. (Photo-File of Congress)

Many organizations have got the green signal

The Aga Khan Foundation is said to be involved in a number of projects, including setting up schools and education centers in Bihar, Gujarat, Madhya Pradesh, Delhi and Mumbai. In January this year, under Section 32 of the FCRA, 2010, the certificates of the New Delhi-based Public Health Foundation of India and the Missionaries of Charity, Kolkata were renewed, but about 6,000 NGOs had to lose their licenses. These NGOs also immediately reached the Supreme Court, but their petitions were rejected from there too.

The Ministry of Home Affairs, in its reply in the Lok Sabha on March 15, has said that between 2019 and 2021, FCRA registrations of 1,811 entities have been canceled. After that the total number of FCRA registered entities is 16,813. According to a report in ET, the government recently placed a major US-based organization Hewlett Foundation on a ‘watchlist’ for alleged violations of FCRA norms. Earlier, the license of Oxfam India was also not renewed due to non-compliance of the government rules.

877 infants and 61 pregnant women died in Meghalaya during the Kovid epidemic, the state government submitted the report