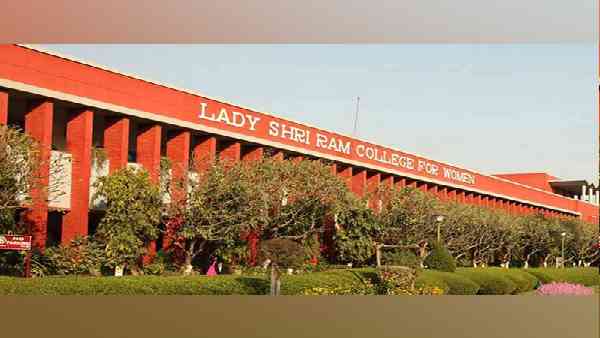 New Delhi, April 14:
Delhi University Vice Chancellor Yogesh Singh has said that the university will immediately look into the matter of cancellation of the speech of BJP leader Guru Prakash Paswan by Lady Shri Ram College on Ambedkar Jayanti. The Vice Chancellor of DU has said that the university is not involved in this matter, but, the LSR should look into these activities. He has said that we have just got information about it and we are looking into it immediately. Significantly, the college withdrew the invitation given to him due to the protest of the speech of the Dalit leader of BJP by the student organizations of the Left, which he described as a ‘symbol of intolerance’.

We will look into this matter immediately- Delhi University VC
Delhi University Vice Chancellor Yogesh Singh has told news agency ANI about the college’s decision to cancel the program of BJP leader Guru Prakash’s speech on behalf of LSR under pressure from the Left, saying, “We will invite and withdraw.” are not involved anywhere in the whole process. It is LSR related matter and they should take care of all these activities. We have come to know about this matter just now and we will look into the matter immediately.

LSR principal did not answer the call
Lady Shri Ram College on Thursday canceled BJP spokesperson Guru Prakash Paswan’s speech on BR Ambedkar on the ground that some student organizations were making a ruckus over the recent violence on the Jawaharlal Nehru University campus and communal activities in Karnataka. Were were When the news agency tried to get in touch with the principal of LSR, Suman Sharma, she did not respond to calls.

Symbol of intolerance – Guru Prakash
On the other hand, BJP leader Guru Prakash has called the cancellation of the event a ‘symbol of intolerance’. He said, ‘I was called by LSR College for the program on Ambedkar Jayanti, yesterday it was informed that the show has been canceled due to the protest of the students’ union. It is a ‘symbol of intolerance’. Prakash said that it is unfortunate that a Dalit man was stopped from speaking on Ambedkar Jayanti. This reflects the authoritarian and authoritarian mindset of such groups, especially the SFI, who are preventing people from speaking out. They have lost their relevance on the ground.

In fact, BJP national spokesperson Guru Prakash Paswan was invited by Lady Shri Ram College to address the students on Ambedkar Jayanti on April 14. But, it was withdrawn after protests by some members of the student group. Those who opposed him included members of the Students Federation of India (SFI) of the college. The SFI is the student wing of the Communist Party of India (Marxist).

Channi said – I have nothing to do with the amount seized, so Kang said – exploits will be exposed soon

What did Nitin Gadkari say to Ratan Tata about RSS? he told himself