Despite scoring the first century in IPL 2022, why did Butler not celebrate, the reason given after the victory
Advertisement 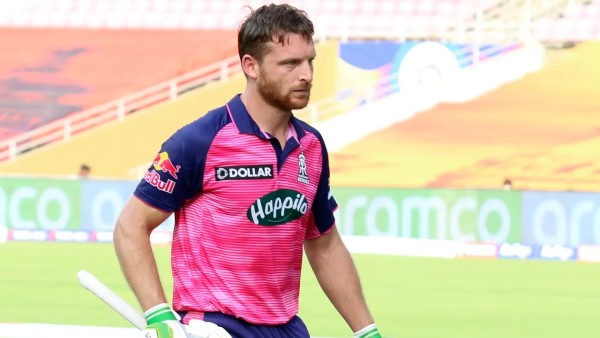 After the match, when Buttler was talked about the century, he said that whenever you are able to contribute for the team, it is happy and I am also happy but I was having a little doubt about the total score because We have seen 200-plus targets being chased easily in the tournament.

He said, “It is a great feeling and it feels good to contribute. There was a bit of panic as I was not sure whether this score would be enough or not.

Bumrah is the best bowler in the world

Jos Buttler praised Bumrah’s bowling during this period, who took 3 wickets for 3 runs in the 19th over and prevented the Rajasthan team from crossing 200.

He said, ‘The Mumbai team always attacks with Bumrah against me and he is one of the best bowlers in the world, so it is his hard work. I thought the short leg side boundary in that over was short and it was the right time to accelerate the innings. Although he came back in a tremendous way and he always comes back. Bumrah is the best bowler in the world to bowl well at the end of the innings. Timil Mills also has good talent. In a real sense, we never got away in the match, Hetmyer played a very good innings and fired shots. We felt the whole time that we were about to take off but it could not happen during the innings.

Not celebrated because of this

Significantly, Jos Buttler completed his century with a run in Jasprit Bumrah’s over, although the big appeal of LBW created drama. The umpire gave not out but captain Rohit Sharma decided to take DRS which went in favor of Rajasthan. In such a situation, Butler was not seen celebrating after scoring a century.

When asked about this, he said, ‘I thought I knew but you cannot be completely sure. I was a little nervous at the end but then I felt better. I went a little slow and wasn’t able to hit the ball the way I wanted, so we could have scored a few more runs but we couldn’t. That’s why I couldn’t celebrate. Although someone would tell us at the start of the match that if you give 194 runs in your account, we would have happily taken it.

DC vs GT: Rishabh Pant created history by playing captaincy innings against Gujarat, became the first batsman to do so

Christchurch ready for the final of the Women’s World Cup, Australia is eyeing its seventh title