Despite the flop with the bat against LSG, Kohli made a big record
Advertisement 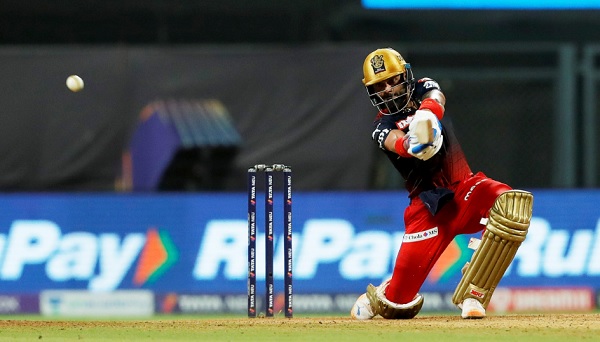 Kolkata, 26 May: Virat Kohli, the former captain of Royal Challengers Bangalore has become the 5th player in the world to score the most runs in T20 cricket. Kohli achieved this feat in the Eliminator match played against Lucknow Super Giants on Wednesday, 25 May. With the fourth run of the innings against Lucknow, Kohli overtook Australian captain Aaron Finch.

In T20 Internationals too, Kohli comes third in terms of scoring the most runs. For Team India, he has scored 3297 runs in 97 matches. Next to him comes the name of New Zealand opener Martin Guptill (3299) and Indian captain Rohit Sharma (3313).

Virat definitely made a big record, but could not play a big innings for the team. The former RCB captain scored only 25 runs in 24 balls. In this innings, 2 fours were seen with his bat. Virat Kohli’s wicket came in the account of Avesh Khan.

Even in the entire tournament, Kohli’s form was not special. He has scored a total of 334 runs in 15 matches with an average of less than 24. During this, only 2 half-centuries were seen with his bat. The surprising thing was that Virat got out for a golden duck not once or twice.

Now there will be a collision with Rajasthan

After the win against Lucknow, RCB have made it to Qualifier 2. Where he will face Rajasthan Royals. This match between the two will be played at the Narendra Modi Stadium in Ahmedabad. The two teams had faced each other twice in the league stage, and they won one each.