Dhaakad movie review - Full of action, but this film of Kangana Ranaut is a headache
Advertisement 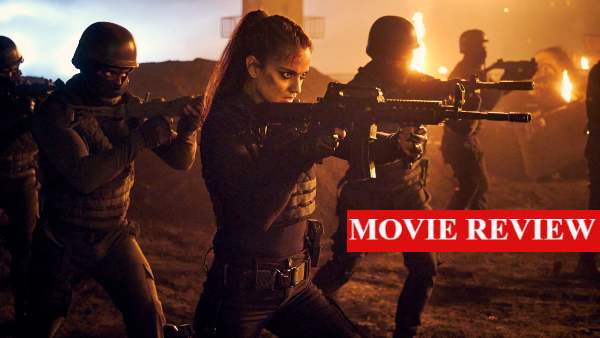 The film begins with a long scintillating action sequence of Dragonfly aka Agent Agni. where she saves some children from a group of child traffickers by playing on her life. Along with this, Agni gets a pen drive, in which the information links him to the head of Asia’s largest child trafficking group, Rudraveer (Arjun Rampal). By seducing children, fueling hatred against the government, Rudraveer and his partner Rohini (Divya Dutta) build an empire. Apart from grabbing coal mines, they engage in child trafficking around the world. Agni takes the task of destroying their empire. But in this mission, he has to face many other truths, which shake even his faith. Will Agni succeed in destroying Rudra? The entire film revolves around this.

Despite being actors like Kangana Ranaut, Divya Dutta, Arjun Rampal, no character can get into your heart.. The reason is the script of the film. The writing of the film is so weak that all the characters seem to be missing somewhere. Neither Kangana’s action, nor Divya Dutta’s expressions.. nothing can save the film. Arjun Rampal has appeared in a negative role after a long time .. so the fans had high hopes from it. But they disappoint.

Rajneesh Ghai’s debut film is Dhaakad… which has disappointed him. The film is very weak on the direction side. No work has been done on the story here, nor on making the characters strong. The director seems so lost in filling the action sequences that he completely ignored the script. And sadly, there is no novelty in the action sequences either. From beginning to end, the film seems boring and at times beyond logic. Also many scenes seem repetitive.

Action directors from the US, Korea, Canada and South Africa were roped in to choreograph the action and stunt sequences of the film. But alas, there is no novelty in the action sequences of the film. The Japanese cinematographer Tetsuo Nagata has done a good job. The film has been shot in Madhya Pradesh and Budapest, which has been captured on camera with great grandeur.

The music of the film is composed by Shankar-Ehsaan-Loy and Dhuvr Ghanekar, which is very weak. Can’t remember any song from the film. A lullaby “So Ja Re” is sung so many times in the movie that even the audience falls asleep after listening to it. Well, the good thing is that the songs go along with the story, so the length of the film does not get affected.

Kangana Ranaut’s Dhaakad is so weak in terms of story that you just wait for it to end while watching the film in theatres. It is the result of very poor writing that even actors like Kangana Ranaut, Arjun Rampal and Divya Dutta do not get attention. 2 stars to Dhakad from Filmbeat.

Deepika Padukone out of ‘The Intern’ remake? Big news from a banging project!