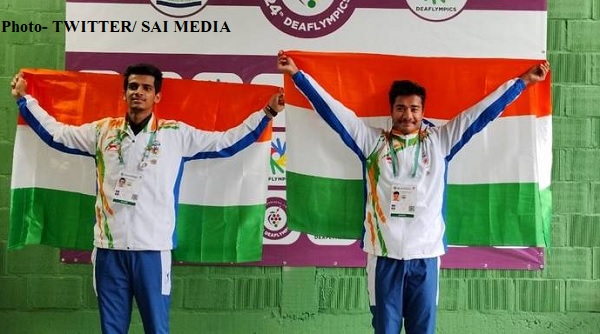 New Delhi, May 5: Dhanush Srikanth won the gold medal in the men’s 10m air rifle event on the third day of the 24th Olympic Games in Brazil. With this, India‘s campaign in these games got a golden start.

Later the Indian badminton team also won the gold medal beating Japan 3-1 in the final, making it a double celebration for the country.

In the qualification, Dhanush and Shaurya finished second and third respectively.

Dhanush, who hails from Telangana, trains at Gangan Narang’s academy in Hyderabad.

Under the guidance of the Olympic bronze medalist shooter, Dhanush performed brilliantly to win the biggest award of his career in the Games.

India has sent 10 shooters in its 65-strong squad for the Brazil Deaflympics. This is their biggest and youngest team till date.

In the last 2017 edition, India finished with one gold, one silver and three bronze medals.

Injury ruined the career of these players, one had lost his life

Chennai almost out of the race for playoff, RCB register a spectacular win