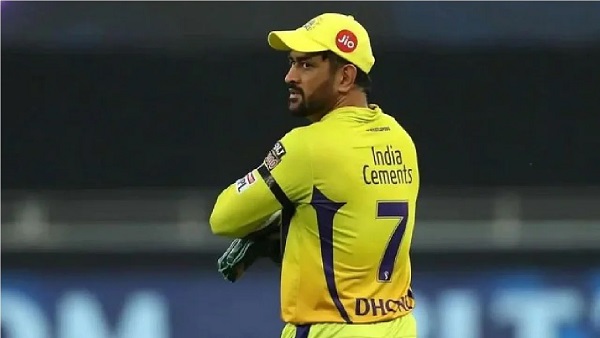 Will work hard to come back next year: Dhoni

Dhoni further said that playing for Chennai and not playing in Chennai is unfair to the fans of Chennai, in Mumbai I have got a lot of love as a player, but next year hopefully we will go to different places and meet people. Will be able to find love, so we will come back next year with hard work. Dhoni said that we hope that next year we will play at different places whether it is my last year or not it is not a big question, because you know we can’t really predict anything after two years, but Definitely I will work hard to come back strong next year.

Let us tell you that Dhoni has been playing with Chennai Super Kings since 2008. He has been playing for this franchise for over a decade. In this time, Dhoni has made his team champion 4 times. Under Dhoni’s captaincy, Chennai has won the title of 2010, 2011, 2018 and 2021. However, CSK was suspended from IPL for 2 years due to spot-fixing. During this Dhoni played for Rising Pune Supergiant. However, after 2 years, Dhoni returned to CSK and won the team the third IPL trophy.

Let us tell you that in 13 matches of IPL 2022, Chennai has won only 4 matches. With 8 points, CSK are currently at the 9th position in the points table. At the start of this season, CSK was captained by Ravindra Jadeja, but under his captaincy, the team continued to lose and then Jadeja again handed over the captaincy to Dhoni. After Dhoni got the captaincy, the team definitely won 2 matches, but by then it was too late. Jadeja’s performance was also poor under the pressure of captaincy.

These two have no place in India’s T20 team, Rahul and Rohit will open: Chopra