Dhoni's glimpse was seen in Shubman Gill, when he won the trophy to Gujarat by hitting a six in the number-7 jersey
Advertisement 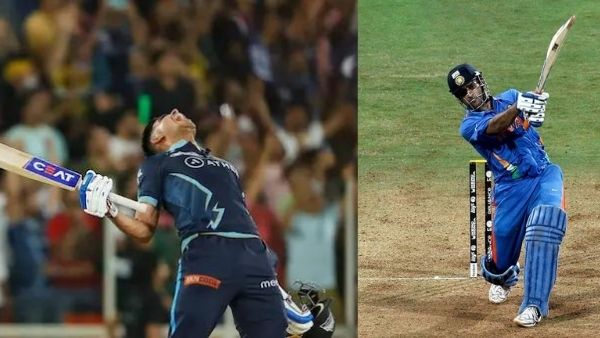 In the 19th over Oved McCoy came to bowl and Shubman Gill hit a brilliant six over square leg on the very first ball to make Gujarat champions in their first season. Dhoni also made Team India the champion after 28 years in the 2011 World Cup final by hitting a six over long on at the Wankhede Stadium in Mumbai.

After the victory in the final, the franchise shared a post on Twitter and captioned it – Jersey number 7, win by hitting a six. Gary and Nehera ji once again celebrated the victory by defeating Sanga and Malinga. Let us tell you that when India won the World Cup in 2011, Ashish Nehra was a member of Team India and Gary Kirsten was the head coach of the team. At the same time, Kumar Sangakkara and Lasith Malinga were in the Sri Lankan camp. The same thing happened in this final as well. Gary and Nehra were with the Gujarat team and Sangakkara and Malinga were with the Royals.

Where have we seen this before?

The 15th season of IPL was very good for Shubman Gill. He scored a total of 483 runs in 16 matches at an average of 34.50. During this, four half-centuries were seen with his bat. In the final also, Gill played a brilliant innings of 45 runs. Shubman was released by Kolkata Knight Riders before the start of the tournament, after which Gujarat Titans bought him in a mega auction for Rs 8 crore.

He can captain India if needed, remains calm on the field: Harbhajan

Ashwin needs a lot of improvement and thinking, Sangakkara clarified his thinking of next season