Did John and Shah Rukh have a rift before the release of Pathaan? Actor breaks silence on reports that all is not ok between him and Shahrukh
Advertisement 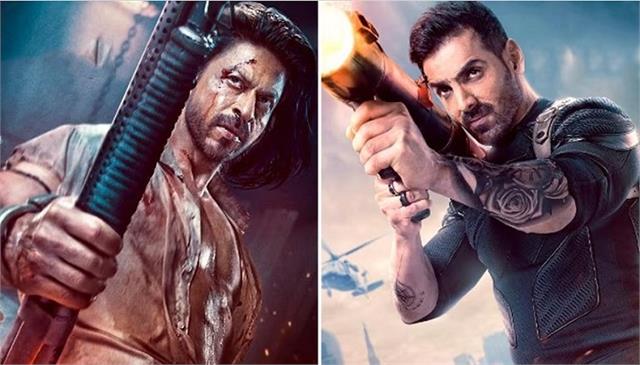 Even before the release of Pathan, a controversy is being heard among the stars of the film.

New Delhi, Team Digital. People are eagerly waiting for Shah Rukh Khan’s most awaited film ‘Pathan’. Even before the release of the film, a controversy is being heard among the stars of ‘Pathan’. It is being discussed that John Abraham has got angry with the trailer of the film. Due to which nothing is going well between him and King Khan. Now John Abraham has given his reaction regarding this.

John Abraham shared the post
John Abraham has recently shared a post which shows that all is going well between him and Shahrukh Khan. He is not upset about Pathan’s trailer. Sharing a story on his Instagram, John wrote, “This moment is the most special in my years of cinema. It is wonderful that you all have given so much love to Pathan. It took a lot of hard work to make this film.” “

“Aditya has always given me the best roles and now I can’t wait to see what Siddharth Anand has done with the film and me. I have a lot to say about Pathan, but wait till 25th January. Be prepared to witness a big screen entertainer. I would like to once again thank you all for showering so much love on the trailer of Pathan.”

Let us tell you that the discussion about the differences between John and Shahrukh started when the actor reached a healthcare brand event and he skipped a question related to Shahrukh. John Abraham’s reaction to the question quickly went viral and people started speculating that maybe all is not well between Shah Rukh and John. Now after John’s reaction came to the fore, it has become clear that there is no difference of opinion between the two stars.

Devoleena celebrated one month wedding anniversary by cutting cake with Shahnawaz, ‘Gopi Bahu’ posed like this by sticking with her husband

Mouni Roy was seen enjoying moments of leisure in her husband’s arms, made everyone crazy with her killer look in bikini top and jeggings