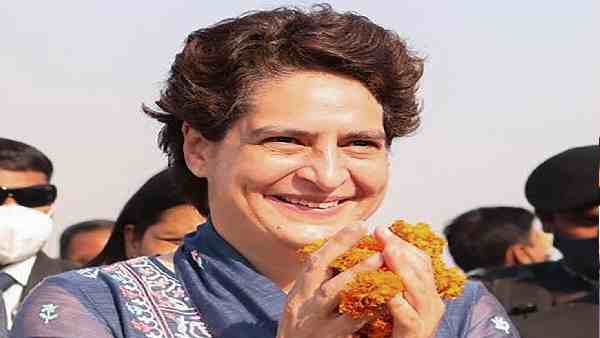 These days, the discussion of sending Priyanka Gandhi Vadra, the party’s national general secretary and in-charge of Uttar Pradesh, to the Rajya Sabha is going on in full swing inside the Congress. Although no one is ready to speak openly on this issue, a section of the party is seeing the Rajya Sabha elections in June as a very opportune time to take Priyanka to Parliament. At present, there has been a lot of agitation within the party regarding the Rajya Sabha elections to be held in Rajasthan, Chhattisgarh, Haryana, Madhya Pradesh, Maharashtra, Karnataka and Tamil Nadu. Of these, it has its own governments in Rajasthan and Chhattisgarh and in the rest of the states, it has the number of MLAs able to win elections in some seats.

Difficult to win from Amethi and Rae Bareli!

If sources are to be believed, the discussion of sending Priyanka Gandhi to the Rajya Sabha is gaining momentum within the party because, the Rae Bareli and Amethi Lok Sabha seats of Uttar Pradesh, which were always safe for the Gandhi family, are no longer free from danger. Rahul Gandhi has lost in the last Lok Sabha elections from Amethi and this time the way BJP has returned to power after winning the UP assembly elections, has forced the policy-makers of the Congress to think about the remaining options. Especially in the UP assembly elections, the way Priyanka herself had claimed this time that she is the main face of the party and wanted to do some charisma due to the slogan of ‘Girl hoon lad sakti hoon’, but the people of UP decided against the Congress. Worst run in elections so far.

By the way, whether Priyanka Gandhi will contest the Rajya Sabha elections or not, nothing has been said officially from the party yet. But, in Chhattisgarh, political rhetoric has also started on this issue. Two Rajya Sabha seats are falling vacant in the state and Congress leader and Parliamentary Affairs Minister of the state has declared it safe for Priyanka to contest from Chhattisgarh amid these speculations. Whereas, opposition BJP leaders like Dharamlal Kaushik have started saying that although it is an internal matter of Congress, but if it happens then it will kill the rights of the people of the state.

Discussion is also happening in Karnataka

However, it is not officially clear whether Vadra is interested in going to the Rajya Sabha. But, there are still reports that Congress leaders from different states have tried to convey to the party high command that if they are allowed, they will prepare a safe way for Vadra to enter the Rajya Sabha, which will also lead to the upper house. A face of the Gandhi family was present, who could attack the policies of the Modi government in Parliament.

Hardik Patel furious at Congress over Ram temple, said- what is your enmity with Lord Ram?

Tej Pratap told Sonu of Bihar, working under us as an IAS, stopped speaking after listening to the child’s answer, had to cut the phone