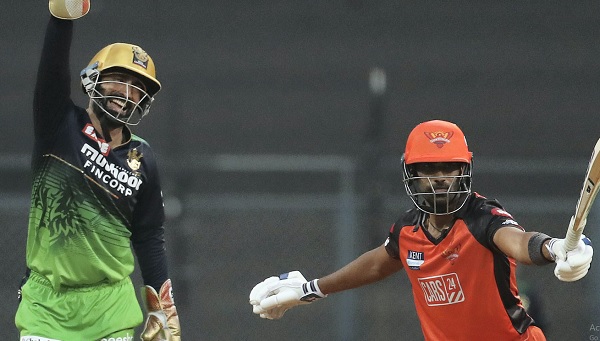 When RCB asked Dinesh Karthik that he should compensate for AB de Villiers, it was an excess. It was sheer excess because another de Villiers cannot be born. Such a player comes once in a century. So it was unfair to even talk to Karthik to fill the shoes of such an extraordinary player, but Karthik was standing at such a place from where his wish was to touch the sky once again. Karthik went to this gamble, came to bat in RCB in place of de Villiers. And India‘s sidelined wicket-keeper batsman Karthik was in front of the whole world. The world is no longer feeling the lack of AB de Villiers in RCB.

It’s not a miracle but hard work and passion

It is not a miracle but hard work and passion. Karthik wants to come back to the Indian team again and is paying that price, even players like Kohli, Dhoni, Sachin could not do it. All these big names slowed down after a stage of age and their game changed forever. Karthik has never been a big player but he changed his game in a big way on the slopes of age. Every youth has to learn this and by giving Karthik a chance in the World Cup, the selectors will only serve to send the message that work hard anytime, age is just a figure. You perform, your doors in the team will be open all the time.

In the last four matches, Karthik went through a period of ups and downs. He was also run out once and his bat did not give many runs. Thought Karthik would slip once again but this time he is playing in a different passion. He washed out Sunrisers Hyderabad and scored 30 runs in 8 balls to win the match for RCB. Karthik broke Suresh Raina’s 8-year-old IPL record by taking only 8 balls.

DK has batted with a strike of 200 in IPL 2022 so far. He has been dismissed only four times. Due to this performance, RCB is still at number four even after playing 12 matches.

The fate of this one crore player changed after marriage, hat-trick of half-century in IPL 2022

Hasranga reached near the Purple Cap after breaking Hyderabad’s back, took the first five-wicket haul of IPL career