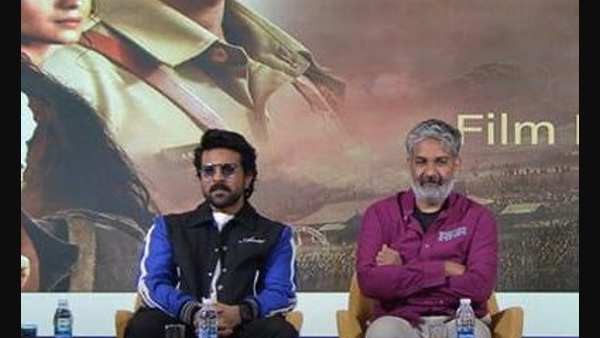 There are some such original introductions in movies, which settle in your heart and mind. Megastar Ram Charan’s intro in the film RRR was also similar. Seeing which the fans were not tired of whistling. It would not be wrong to say that this character is going to be one of the memorable characters played by Ram Charan.

Speaking on the intro scene of Ram Charan, director SS Rajamouli said, “When you see a thousand people ganging up on one person, you feel a different level of excitement. Filming Ram’s intro scene was a scary experience for me. 1000 people including Charan used to move as soon as I said the action and only dust could be seen flying all around. It was scary to not see Ram clearly in the midst of such a huge crowd. Luckily, they were safe. Come out.”

The director adds, “The unit had prepared for this scene for 3-4 months and then it was shot in 15-16 days.”

Now when we look at the scene, which might have played for a few minutes in theatres, we can only guess that the whole team put in months of hard work behind it. Ram Charan’s pairing with Rajamouli has once again given the audience an immersive experience.

Let me tell you, it has been 5 days since the release of RRR and the film is creating panic all over the world. The film has collected up to 600 crores at the worldwide box office in just five days and has become a superhit.

Prabhas’s ‘Adipurush’ trended on Twitter, the first look of the film will come on April 10!