Djokovic is 'heartbroken' to see Boris Baker in jail, asking son - can I help
Advertisement 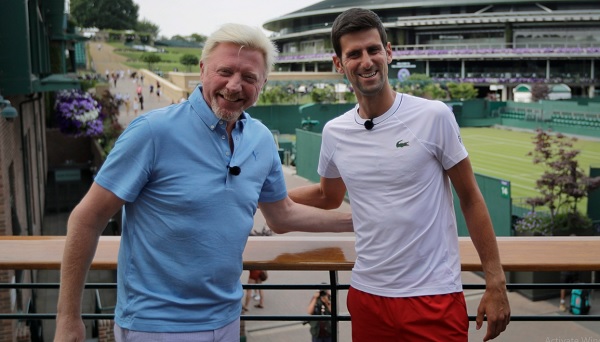 New Delhi, May 28:
Novak Djokovic says it breaks his heart to see former coach Boris Becker in jail. Baker faces charges related to the 2017 bankruptcy that have led to prison. Djokovic said on Friday the former coach “breaks my heart” and hopes the German legend remains “healthy and strong”.

Baker and Djokovic, six-time Grand Slam title winners, teamed up for three years until 2017. In that time, he won six Majors, including a career Grand Slam. Then Djokovic won his first French Open in 2016.

Djokovic said, ‘It broke my heart to see him pass by like this. Boris was always very nice to me and my family, and we had a great relationship throughout the years and together we achieved great things in this sport.

“I’ve been in contact with one of his sons, Noah, asking what I can do to help him. But it’s terrible. I hope he stays healthy and strong.”

World number one Djokovic also said on Friday that he wants to return to the Australian Open next year. Djokovic was expelled from the country by Australia for not getting the Kovid vaccine.

Changes have taken place in the Australian government since that incident, and Djokovic hopes a new administration may take a fresh look at his visa status.

“I want to go there and play the Australian Open. I don’t have any complaints,” he said.

Meanwhile, Djokovic advanced to the fourth round for the 13th year in a row with a 6-3, 6-3, 6-2 win over Slovenia’s Aljaz Bedin in Paris.

The next target for the 35-year-old is a place in the quarter-finals, playing against 15th seed Diego Schwartzman of Argentina. Djokovic, who equaled the 21st Grand Slam title, holds a perfect 6-0 record against this player.

After RR’s victory, Bolt took off his shirt and gave it to the child, the little fan immediately wore it – VIDEO

RCB spoiled the track record of Karn Sharma, was included in the team considering the luck factor, know what is the matter

After RR’s victory, Bolt took off his shirt and gave it to the child, the little fan immediately wore it – VIDEO