Do You Know: Do you know that if the driver falls asleep in a moving train, the train will stop automatically? learn how
Advertisement 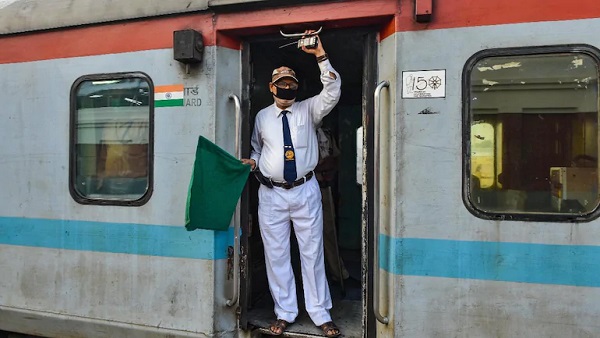 If the loco pilot of the train goes to sleep…

There are always two drivers or loco pilots in a train. One main and the other assistant driver. That is, if for some reason one driver falls asleep, the other driver takes over his command and tries to wake up the main loco pilot. If he does not wake up due to some other problem, it is immediately informed at the next station and the drivers are changed there.

Answer is to be given in 17 seconds

If the question is arising in your mind that what will happen in that situation, when both the drivers will sleep. Even though the probability of this happening is very less, but if it happens then the railways have a special system to deal with that situation. Vigilance control devices are installed in the engines of trains. With the help of this device, it is seen that if the driver does not respond for 1 minute, then an audio-video indication is sent from the railway command room within 17 seconds. This message has to be accepted by the driver by pressing the button, if it does not happen, then the automatic brake of the train engine starts working within the next 17 seconds.

If the driver does not respond to the audio-visual response, automatic braking is triggered and the train automatically stops within 1 km. Guards and other officers on the train reach the engine and check the situation and the information is sent to the control room. The train proceeds only after all is well. That is, when the loco pilot of the train is asleep, the chances of a train accident are very less. Railways has done a lot of work in the last few years for the safety of passengers and to prevent train accidents. The result of which is also being seen. There has been a significant reduction in train accidents.

Must Read: Important information given by Modi government regarding 2000 rupee note, you must know