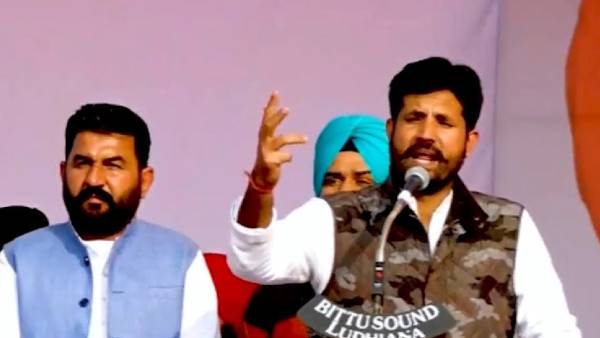 Chandigarh, 6 May 2022.
Amarinder Singh Raja has been attacking the failures of the Vading Mann government ever since he took over as the Punjab Congress President. In this episode, while targeting the Aam Aadmi Party government, he said that the government has failed to protect the life and property of the people. Reacting to the brutal double murder in Ludhiana on Wednesday evening, the State Congress President said that people are not safe anywhere in Punjab. He is neither safe outside nor safe inside the house. The law and order situation is continuously deteriorating and criminals have no fear of law at all.

Amarinder Singh Raja Vading said that a senior journalist was brutally attacked in Zirakpur, Mohali before the double murder in Ludhiana. It has become a daily thing in Punjab and criminals are roaming free. Chief Minister Bhagwant Mann should take the law and order situation on priority. He said that Punjab is moving towards anarchy. Aam Aadmi Party government should take action before it is too late. This is the time for them to prove their worth. Raja Vading said that when people do not feel safe in their life, what more can you give them. Along with this, he said while questioning whether this is the law and order in Punjab? Was this the model you promised?

Politics heats up on caste census in Bihar, will JDU and RJD raise their voices together now?