Dwayne Bravo to become the historic bowler of IPL, big record is waiting with the bat too
Advertisement 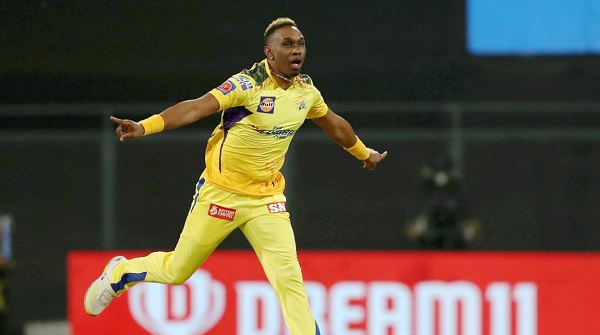 New Delhi, March 31: Chennai Super Kings and new team Lucknow Supergiants are going to compete in IPL 2022 match number 7 this evening. Both the teams are looking for their first win of the season as they have lost their first-ever encounter in IPL 2022. Chennai Super Kings played their last match against Kolkata Knight Riders and Dwayne Bravo bowled well with 3 wickets.

Dwayne Bravo is now just 1 wicket away from becoming the highest wicket-taker in IPL history. Dwayne Bravo needs only 1 wicket to break Lasith Malinga’s record of 170 wickets. Apart from this, another experienced batsman of Chennai Super Kings, Ambati Rayudu will become the player to complete 4000 runs in IPL history as soon as he scores 69 runs.

Apart from this, Lucknow Super Giants captain KL Rahul needs to hit only 2 sixes after which he will become the player to hit 500 sixes in T20 format. KL Rahul needs only one half-century to score 50 half-centuries in all T20 matches.

Former Chennai Super Kings captain Mahendra Singh Dhoni looked much better in his last match and scored 50 runs in 38 balls against KKR, which would have given a lot of relief to Chennai Super Kings as Dhoni will be playing only as a player this time. are playing. Mahendra Singh Dhoni needs only 15 runs to score 7000 runs in the overall T20 matches.

While CSK’s all-rounder Dwayne Bravo stands away from an excellent record in terms of wickets, he is also only 4 fours away from scoring a century for the Super Kings from Chennai with the bat and he has to hit 50 sixes for the Chennai Super Kings. I need only 3 more sixes.

After taking the wicket of Hasranga, in whose imitation do unique celebrations, revealed himself