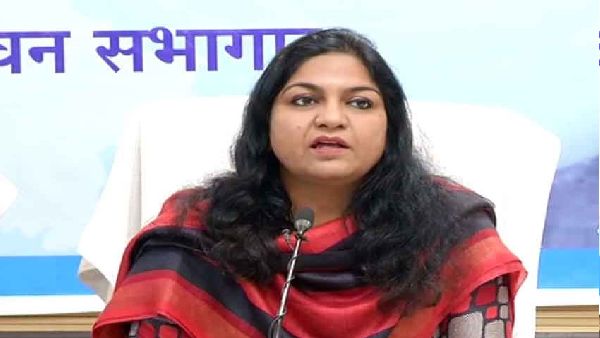 New Delhi, 8 May. During the raid on 25 places of tainted IAS Pooja Singhal of Jharkhand, the ED has got important clues. A secret diary containing illegal money transactions is being discussed. Wherein Jharkhand Enforcement Directorate arrested the CA of IAS Pooja under PMLA (Prevention of Money Laundering Act) investigation of money laundering case is going on. ED interrogation of IS husband Abhishek Jha is also going on. Which has made many sleepless.

It has not been officially told by the ED that in which cases raids have been conducted against Pooja Singhal. Whereas in the media reports related to the action of ED, many things are coming to the fore. It is being told by the sources that many important documents have been found from her second husband Abhishek Jha and CA Suman Kumar Singh. Which is being thoroughly investigated.

ED’s action against senior IAS officer and Industries and Mines Secretary in Jharkhand Pooja Singhal is progressing rapidly. Pooja Singhal has stated in the Immovable Property Return that in 2008-09, from a house of 30 lakhs in Kolkata’s Rajarhat, she earns a combined rent of six lakh rupees every year with ex-husband Rahul Purwar. At the same time, in the year 2008-09, in the Civil Service Officers Co-operative Society in Sukurhutu, Ranchi, 78 thousand square feet of land has been bought in his own name. At that time the price was 88 thousand rupees, but till now the possession has not been received on this land.

If sources are to be believed, a secret diary has been found during the raid on the whereabouts of IAS Pooja Singhal. This diary contains the names of many big white people. These include many IAS, leaders, ministers, MLAs and journalists. In whose name the transaction of money has been mentioned in this diary. The names and phone numbers of influential people are also recorded in it. Earlier on Saturday, IAS officer Pooja Singhal’s CA Suman Singh was arrested and sent to jail. No account was given for cash of Rs 19.31 crore recovered in the house.