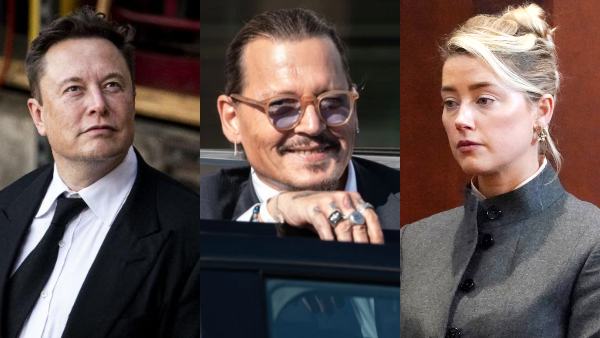 The Johnny Depp and Amber heard trial is close to its end. The lawyers have made their closing statements on Friday (May 27) and the jury is set to return to court on May 30 for deliberation. While fans have been discussing the trial on social media for six weeks, Elon Musk, Amber Heard’s ex-boyfriend has now opened up about the same.

Elon Musk, took to his Twitter account and called the Hollywood stars ‘Incredible’ and hoped that they would move on. He penned a small note for his ex-girlfriend Amber Heard and actor Johnny Depp in the post replying to another tweet talking about he trial takeaways. He said, “I hope they both move on. At their best, they are each incredible.”

I hope they both move on. At their best, they are each incredible.

For the unversed, Elon and Amber Heard started dating in 2016 after her split from Johnny Depp. The pair rekindled their love in 2018 but called it quits once again after a few months. Depp in the defamation trial alleged that Heard and Musk were in a relationship ‘no later than a month after their marriage’, which was held in February 2015. The actor’s lawyers has also shown footage of Heard having late-night “meetings” with Musk .

Amber while testifying called Elon a gentleman and said that they met during the 2016 Met Gala when Depp stood her up. She told the jury, “I got out of the car and walked the red carpet by myself, with someone from Ralph Lauren’s team. Sat next to an empty place setting for Johnny – he effectively stood me up on the carpet.” She added, “I didn’t recognize him until we started talking. He’d reminded me we’d met once before. We spoke on the red carpet in the waiting line. He seemed like a real gentleman.”

For the unversed, Johnny Depp and Amber Heard met on the sets of The Rum Diary in 2009 and started dating a few years later. In 2015, they got married and Heard filed for divorce in 2016 and alleged that Depp had physically abused her during their marriage under the influence of drugs or alcohol.

Name plate worth lakhs missing outside Shahrukh Khan’s bungalow ‘Mannat’, is this the reason?