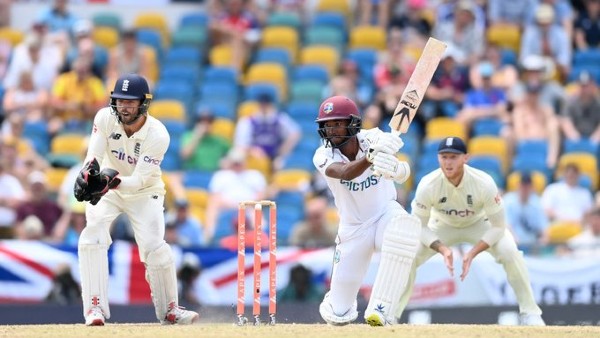 With this innings, Brathwaite has become the second West Indies player to bat the longest in terms of minutes and balls. For West Indies, Brian Lara’s name comes at the top in this matter, who scored 375 runs against England in 1994 batting 766 minutes, while in 2004 he scored 400 runs with 778 minutes batting. Ramnaresh Sarwan’s name is also in this list, who scored 291 runs in 2009 against England batting 698 minutes.

Know whose name is the record of longest innings

The record for the longest innings in Test cricket is held by Pakistan’s Hanif Mohammad, who scored 337 runs for 970 minutes against West Indies in 1958, while Gary Kirsten batted 878 minutes in 1999 and scored 275 against England. The innings of runs was played. The record for the longest batting line-up for India is held by Rahul Dravid, who scored 270 against Pakistan in 2004, batting for 740 minutes.

Second Test heading towards a draw

It is worth noting that the play of 4 days of the second test match being played between England and West Indies has ended, in which the England team scored 40 runs without losing any wicket in the second innings and took a lead of 136 runs. Is. England’s team had scored 507 runs in the first innings for the loss of 9 wickets but due to the batting of West Indies, they could take a lead of only 96 runs. Let us tell you that the second Test match of the series is also seen to be a draw.

Another veteran player tied the knot before IPL 2022, a beautiful picture surfaced