England's female player married among themselves, played an important role in the World Cup
Advertisement 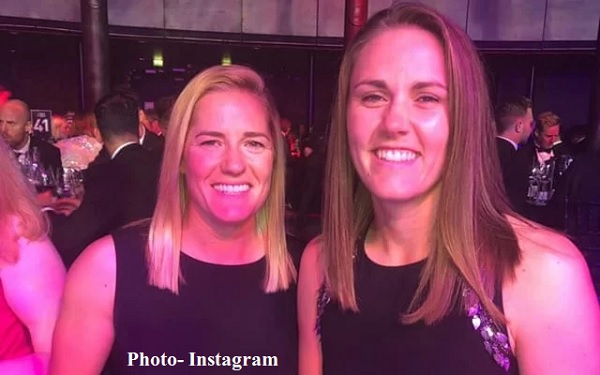 New Delhi, 30th May: Two players, who played a key role in England winning the 2017 edition of the Women’s World Cup, have got married. These are Nat Sciver and Katherine Brunt who got married on May 29 (Sunday). Cricketer-turned-broadcaster Issa Guha revealed the news on her Instagram story. After being in a relationship for about five years, both have tied the knot.

In this way Sciver and Brunt also became another cricket pair to have a same-sex marriage, like New Zealand’s Amy Satterthwaite and Lee Tahuhu, and South Africa’s Marijne Cup and Dan van Niekerk. The two got engaged in October 2019. Nat Sciver and Katherine Brunt have both been key members of the England team over the years.

The couple’s wedding was officially scheduled for September 2020 but then had to be postponed due to the coronavirus pandemic. The couple had decided to get engaged on 2018 New Year’s Eve and are now happily married after four years.

Katherine Brunt and Nat Sciver represented England at the ICC Women’s World Cup 2022 held in New Zealand earlier this year. The defending champions had a poor start, losing their first three games and have made it to the finals with consecutive wins since then.

But they lost to Australia in the final match. The Kangaroo team won that competition unbeaten. Now England’s focus will be on next year’s ICC Women’s T20 World Cup which is to be played in South Africa. England are one of the best modern teams in the shortest format.

Ashwin needs a lot of improvement and thinking, Sangakkara clarified his thinking of next season

These 5 batsmen turned the wave of runs into a tsunami, ‘finished’ everything in the last overs