Everest Day: What is the secret of the camera lost on Everest? History will change as soon as it is found
Advertisement 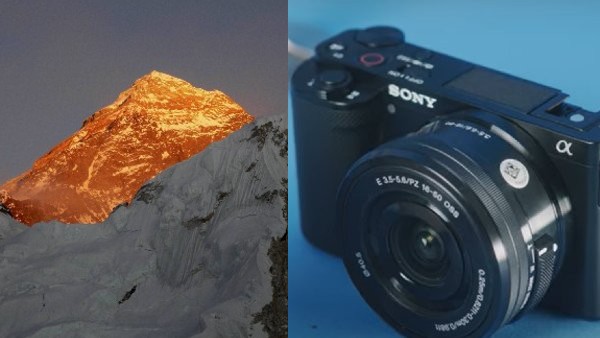 The whole world knows the story of Edmund Hillary and Tenzing Norgay, but before them George Mallory and Andrew Irwin reached Everest in 1924. Although it was the month of June, but cold winds were blowing around Everest Base Camp. On June 4, both of them set out from the Advance Base Camp to scale the summit. The first three days went quite well, due to which he had reached a height of 8000 meters on 7-8 June.

The total height of Everest is 8,849 meters, so George and Andrew had to climb only 800 meters. After this his name would have been recorded in history, but Honi had something else to accept. On June 9, the entire peak of Everest was covered with clouds and both the climbers stopped at their places. A day later the clouds had cleared, but George and Andrew were nowhere to be found. What happened to him is still a big mystery.

Now the biggest question is whether George and Andrew reached Everest in 1924 or not? If the answer to this question is yes, then history will change. Edmund Hillary and Tenzing Norgay, who are considered to be the first pair to go to Everest, will become the second. The debate is still going on among the mountaineers regarding this. The George-Andrew pair was last seen by climber Noel Odle. He claims that both of them were very close to the peak before they went missing. Because of this he must have been successful in his campaign.

dead bodies of both near the peak

An investigative expedition was launched in 1933, which reached the top of Everest Camp 6. There they found Andrew’s ice-cutting axe. On seeing which it seemed that while returning, she had fallen down. After this Andrew’s body was found in 1975, that too a little below the highest peak. After this, a search team found George’s body in 1999 near Kulhari.

Many items were found near the bodies of both, but one thing is still missing, that was their Kodak camera. The climbers had said before leaving that they would take photos with this camera when they reached the peak. If both of them would have reached the top on that day, they must have taken the photo. Experts believe that there is no rain on Everest, only snow falls, so the reel would not have been damaged. Even if the reel is damaged, they will recover the photo to some extent due to reflection. In such a situation, the search for the camera is still being done. If he is found, the history of Everest will be changed.

VIDEO: Why woman sweeper performs duty by tying her child on the back, know the heart touching compulsion of Lakshmi